Everything You Need to Know About the 2020 Grammys

Another year, another awards season, another evening of Grammys. Music’s biggest night returns with the 63rd Annual Grammy Awards on Jan. 26, and it’s shaping up to be a battle of some of the past year’s most memorable entertainment personalities, from TIME’s Entertainer of the Year Lizzo to teen wunderkind and upcoming James Bond theme singer Billie Eilish to trailblazing chart supernova Lil Nas X.

It’s also a tumultuous time for the Recording Academy, from which President and CEO Deborah Dugan was ousted less than two weeks before the ceremony. Variety reports that the Academy released an official statement which mentioned “a formal allegation of misconduct” against Dugan, while insiders told the website her removal had the whiff of a “coup.” Dugan, who took over in August, is the first woman to hold the post and has been vocal about taking concrete action to increase female membership and representation. It remains to be seen whether this internal conflict will bubble up to the surface and have any impact on the ceremony; whatever happens at the Grammys, the Recording Academy has a long road ahead to address these and other issues.

When are the Grammys happening?

The 2020 Grammys are set to take place at Los Angeles’ Staples Center on Sunday, Jan. 26. The live awards will air at 8 p.m. ET/5 p.m. PT on CBS. (As with other awards shows, the majority of the awards aren’t actually televised; in most viewers’ opinions, the broadcasts are long enough as they are.)

How can I watch or stream this year’s show?

Viewers with cable can watch live on CBS. Cord-cutters with a CBS All-Access login can stream the show via the channel’s online package. (It has a small monthly fee but the first week is free, in case prospective users want to try that out for the Grammys.) Other packages like YouTubeTV and Hulu+ Live TV will stream the Grammys live for subscribers. Or you can just follow along on Twitter, which will undoubtedly be quick to surface all the evening’s highlights and best memes.

Lizzo, Billie Eilish, Ariana Grande, Aerosmith, Blake Shelton and Gwen Stefani were first announced on the schedule for performances during the evening. (Lizzo, Eilish and Grande are top nominees this year and guaranteed to bring big production value to the stage, if their past performances are any indication.) Add to that Camila Cabello, Spain’s Rosalía, Bonnie Raitt, the Jonas Brothers, Tyler, the Creator, H.E.R. and Charlie Wilson. And Demi Lovato will kickstart a comeback with her first solo performance on the broadcast as well, to be followed by the national anthem at the Super Bowl the following week. Finally, the most star-studded collaborative performance will come in the form of Lil Nas X’s moment on stage: he’s reportedly set to be joined by Billy Ray Cyrus, Diplo, Mason Ramsey and — yes — the seven members of BTS. All of those acts featured on remixes of his famous “Old Town Road,” making it all the more fitting for Lil Nas X’s big year to bring them all together at last.

Alicia Keys is returning as host following her spin in the spotlight last year. Keys is a Grammy regular, having taken home 15 awards over the course of her career so far. Last year, she was warmly reviewed for her hosting style, which included bringing women like Michelle Obama and Lady Gaga to the stage and showing off her signature piano skills. The message was all about the “unifying power of music,” as Obama said. This makes Keys only the third woman to host the Grammys more than once, following two-timers Ellen DeGeneres and Rosie O’Donnell. She’s the fifth woman in Grammy history to host.

Who is nominated for 2020 Grammys?

This year, the nominations are led by a spate of newcomers. It’s Lizzo’s year to lose, with the “Truth Hurts” singer, rapper and flutist leading in nominations with a grand total of eight, including all the big categories and Best New Artist. Billie Eilish, Lil Nas X, Ariana Grande and H.E.R. follow. Eilish has also been nominated in all four major categories — and at just 17 years old when she was nominated, she is the youngest artist to ever receive those accolades.

Meanwhile, Lana Del Rey, Bon Iver, Khalid, Post Malone, Lewis Capaldi, Taylor Swift and Vampire Weekend have hats in the ring for some of the big awards, as well as Lady Gaga and her cohort for “Always Remember Us This Way” from A Star Is Born and Tanya Tucker for “Bring Me My Flowers Now.” (The big song from A Star Is Born, “Shallow,” was nominated way back at the 2019 Grammys because of its earlier release date.)

If some of this music feels like it came out a lifetime ago, that’s because the eligibility period ran from Oct. 1, 2018 to Aug. 31, 2019, so anything that’s been released in the past 4 months won’t show up in the awards.

What’s up with Best New Artist?

Eight acts are up for the Best New Artist trophy: Black Pumas, Billie Eilish, Lil Nas X, Lizzo, Maggie Rogers, Rosalía, Tank and the Bangas and Yola. Thanks to their general appeal across awards, Lizzo, Eilish and Lil Nas X look to be favorites. But the others are worth checking out: the Black Pumas are a talented neo-soul duo from Austin. Rogers put out her folksy-pop debut Heard It In a Past Life in early January, to great reviews and lots of popular support. The talented Rosalía is Spain’s flamenco-pop superstar, with crossover hits in other genres with the likes of J Balvin and James Blake. Tank and the Bangas aren’t quite new; the Louisiana funk-soul group has been around since 2013 and put out a new album in 2019, making music that mixes personality with fresh rhythm. And Yola is a rootsy British singer who’s been embraced by Nashville.

Were there any major snubs?

Taylor Swift’s Lover didn’t get much love this year; she got her fourth nomination for “Song of the Year,” but hasn’t won that award in the past. And while one song off the A Star Is Born soundtrack was recognized, the rest of the album faded out of the competition — a surprise, given the acclaim of “Shallow” and the high profile of the team that worked on the soundtrack as a whole. Halsey, Megan Thee Stallion, Bruce Springsteen and Maren Morris also came up short, despite receiving plenty of attention earlier in the year.

The awards could go in many directions. With eight nominations, Lizzo has the numbers on her side. (Then again, some shadows have been cast on her nominated song “Truth Hurts” because of legal questions about the origins of its lyrics.) Eilish, too, could be in for a good night, with her debut album and hit songs representing a fresh-faced future for pop. Both of these breakout stars are up for the four major categories, making them the names to beat — but don’t count out Lil Nas X, Lana Del Rey or Bon Iver, either.

Beyoncé has a few nominations in there, for her work on the Lion King movie soundtrack. But she’ll most likely be overshadowed by the more omnipresent options (Lizzo, Ariana Grande, Billie Eilish). It wouldn’t be a huge surprise if Lana Del Rey’s Norman F-cking Rockwell garnered serious Grammy attention in the Album of the Year category — it is a critical favorite — even if Eilish is the more likely winner based on nominations alone. And then there’s Lil Nas X and “Old Town Road,” the genre-crossing chart hit that soundtracked the summer. Only time will tell if its mass appeal also translates to Grammy approval.

But will Rihanna be there?

Probably not. It’s been four whole years since Rihanna, former queen of the pop charts, released her acclaimed album Anti. And while she promised fans there was more music coming in 2019, nothing materialized. It would be a surprise to see her back in the mix now while she’s been busy focusing on her fashion and makeup empires.

Drake has a couple nominations (mostly in a writing capacity this year), but he traditionally has been a wild card, appearing last year and using his speech to knock the Grammys and the concept of awards themselves. Meanwhile, Bieber has been aggressively promoting his new single “Yummy” ahead of a spring album comeback — so he might deign to show up, if only to keep up the press attention. Then there’s streaming juggernaut Sheeran, who has work nominated (his No. 6 Collaborations Project), but he’s on a publicity hiatus.

They’ll be there! The seven artists of K-pop supergroup BTS practically broke the internet when they presented an award onstage at the Grammys in 2019. This year, they’re upping the ante by becoming the first Korean group to perform at the Grammys; they’re scheduled to join Lil Nas X. (Rapper RM contributed to a remix of his song “Old Town Road.”) BTS is also currently in the middle of preparations for the February release of their next album, Map of the Soul: 7. 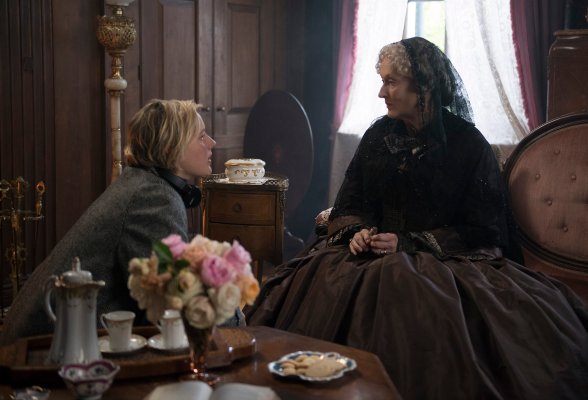 Why Do the Oscars Keep Shutting Women Out of Best Director? This One Academy Rule Helps Explain It
Next Up: Editor's Pick