12 People Shot, 5 Killed in Single Day of Shootings in Baltimore

In this April 28, 2019 file photo, Baltimore police forensics officers place evidence markers next to bullet casings while investigating the scene of a shooting in Baltimore.
Kenneth K. Lam—The Baltimore Sun/AP
By Josiah Bates

On Saturday, violence across the city of Baltimore left 5 people dead and others wounded in a series of shooting incidents. The shootings happened throughout the day, and in locations across the city. Baltimore authorities do not believe they are connected.

“The level of violence in the city yesterday was deeply disturbing and deeply troubling,” the city’s police Commissioner Michael Harrison said at a press conference on Sunday. He added that the Baltimore Police Department (BPD) is doing “everything that we can” to address the shootings, citing increased foot patrols in affected areas and the deployment of other resources like SWAT and K9 units.

In a separate statement on Sunday, meanwhile, Baltimore City Council President Brandon Scott called out Harrison specifically, and asked what the police department and other city agencies plan to do about the violence — both reactively and proactively.

“Today, there are five families who are suffering from the grief and trauma of losing a loved one,” Scott said. “This trauma does not get buried with the victims. It extends to the survivors, families, and communities who are left to cope with the aftermath and pick up the pieces. This violence is heartbreaking and must stop now.”

Daphne Alston, who is part of Mothers of Murdered Sons & Daughters, a Maryland organization that offers support for parents who have lost children to gun violence, told CBS affiliate WJZ that the issue goes beyond the police department’s reach.

When reached for comment, the BPD referred TIME to a statement released on Facebook listing details of the shootings and fatalities. The police department did not offer any further information as to the status of any of their investigations.

According to the BPD’s statement, the first death occurred after three women were shot while in a car at a traffic light around 2:30 a.m. in the northeastern part of the city. They were all transferred to a nearby hospital, where one of the victims, a 28-year-old, died. According to police, the shooting was sparked by an argument that happened at a nearby club. A person of interest has been identified and is wanted for questioning.

Twelve hours later, just after 2:30 p.m., a 37-year-old male was shot in southeast Baltimore, and later died at the hospital. Per Harrison, a person of interest is also wanted for questioning in this shooting.

At 8:00 p.m., two men were shot while standing in front of a grocery store in southwest Baltimore. The victims had left the scene and were taken to the hospital before officers arrived; one man died at the hospital (while the other suffered non-life threatening injuries). Less than 20 minutes later, police found another male shot in the northeastern part of the city. The victim was in a car and was taken to the hospital, but died as a result of their injuries.

And just before 11:00 p.m., a 24-year-old male was found dead by police in the northwest area of the city. No suspects or motives have been identified with regard to these last three incidents, which police are investigating separately.

None of the victims have been identified publicly.

“I assure you that the men and women of the Baltimore police department are doing everything we can to make Baltimore a safer city but we cannot simply do it alone,” Commissioner Harrison said in his Sunday press conference, noting other issues Baltimore faces which are widely considered as contributing factors to a culture of gun violence: poverty, education and homelessness.

The city is coming off a record year of homicides in 2019, during which 348 people were killed. It was the city’s highest murder per-capita in history, and also the fifth year in a row that the city had over 300 murders. 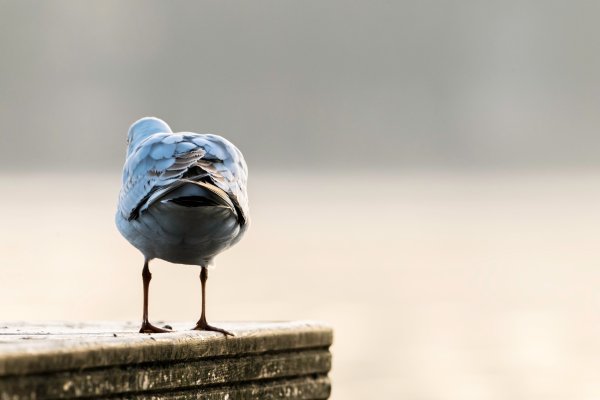 'Senseless Act of Violence.' Maryland Driver Baits Seagulls With Popcorn, Then Runs Over Flock
Next Up: Editor's Pick