High-Fiving Robots Are Going to Be Very Busy Helpers at the 2020 Olympics. Here's Everything They Can Do.

Are we ready for robots to descend and take over the next world’s biggest sports event? Organizers of the now postponed 2020 Summer Olympics in Tokyo at least wanted them to be a part of the action.

The 2020 Tokyo Games promised robots doing all kinds of things from retrieving javelins and shot puts to bringing drinks to spectators and helping attendees with disabilities get to the accessible seating area. Toyota had partnered with the Tokyo Organising Committee of the Olympic and Paralympic Games for the Tokyo 2020 Robot Project, an initiative to highlight Japanese technological innovation.

Some robots, called Field Support Robots (FSRs), were slated to help out at sports events, while others were going to just be cute and get children involved. “At Tokyo 2020, we want to capture the imagination of spectators by providing support robots as we do our part to make the Games a success,” Nobuhiko Koga, the chief officer of Toyota’s Frontier Research Center, said in a press release.

Hopefully, when the time eventually comes, these robots will be more like the titular lead character of Wall-E, rather than the villains of I, Robot or Avengers: Age of Ultron. Here’s what to know about all the robots at the 2020 Tokyo Olympics.

Miraitowa and Someity: The Mascot Robots

It seems like these cutesy bots are mostly for rolling out a warm welcome wagon, rather than for extra labor. The committee planned on using two mascot robots to help promote the Olympics and welcome athletes and visitors — and it turns out these machines can really express themselves. The blue robot Miraitowa and pink robot Someity each have cameras and facial recognition technology that let their eyes show emotions.

But these (admittedly adorable) bots were going to be deployed to try to get kids more involved in the summer games.

The humanoid robot is… well, quite humanlike. Tall and Iron Man-esque, the T-HR3 can “reproduce movements” from the mascot robots for people away from the arenas, so it seems that the bot were to be placed in “remote locations” in and outside of Tokyo. The robots have technology “allowing them to converse with and high-five athletes and others,” the press release said. Yes, you read that right — these robots were high-five-ready.

The remote location communication robot was all set to do just what its title implies, and it might be the kind of bot you’re more accustomed to seeing. Developed by the Toyota Research Institute in the U.S., this machine has a camera and “near-lifesize display” to screen images, giving people at home the chance to feel like they’re right in the arena. “With T-TR1, Toyota planned to give people that are physically unable to attend the events such as the Games a chance to virtually attend, with an on-screen presence capable of conversation between the two locations,” according to the release.

With the human support robot, the committee hoped to highlight its work with the Paralympic Games by showcasing accessibility technology. The HSR would essentially be an assistant for those seated in the accessible seating area of the different events to help them “to more freely enjoy the competition.” The delivery support robot delivers food and drink to spectators who order from a specific tablet.

Together, the committee anticipated these two robots would help over 1,000 attendees at both the Olympics and Paralympics.

It’s the field support robot, or FSR, that really gets involved with sports. The FSR was supposed to pop up in specific sporting events, like shot put and javelin throwing, to help move things along smoothly. 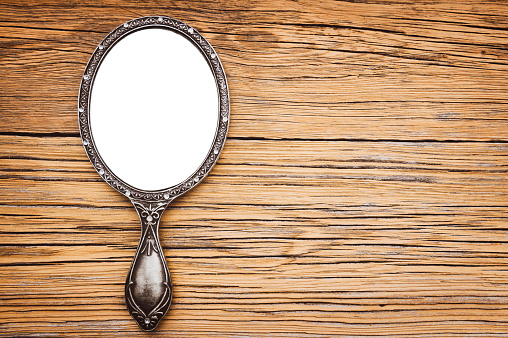 Little Girl's Next-Level Self-Confidence Is the Energy Required for 2020
Next Up: Editor's Pick