The death of a 15-year-old in Texas marks what the U.S. Centers for Disease Control and Prevention (CDC) is calling the youngest vaping-related fatality in the U.S. since the current outbreak began last year.

Dallas County Health and Human Services officials reported the death of a teen “with a chronic underlying medical condition” who lived in Dallas County in a press release issued on New Year’s Eve and confirmed the teen’s age to TIME.

The incident is Dallas County’s first death related to e-cigarette, or vaping, product-use associated lung injury, local officials said. “Reporting a death in a teen due to EVALI is so tragic,” said director of the agency, Dr. Philip Huang, in a statement. “We are seeing that severe lung damage, and even death, can occur with just short term use of these products.”

The CDC said data suggests that the current outbreak began in June 2019. As of Jan. 7, 2020, the CDC has received reports of more than 2,600 hospitalized cases of EVALI — the official name for e-cigarette, or vaping, product-use associated lung injury — or deaths from 50 states, D.C., Puerto Rico and the U.S. Virgin Islands. Fifty-seven deaths have been confirmed in 27 states and D.C. with ages ranging from 15 through 75, according to the CDC, which notes that more deaths are “currently under investigation.”

Last month, the CDC announced that vitamin E acetate is a big reason for the country’s vaping-related lung illness outbreak, which it also indicated appears to be coming to an end.

E-cigarettes remain illegal for those younger than 18 but the law has done little to stop teens from vaping in greater numbers. Federal data notes that among middle and high school students, e-cigarette use rose from 3.6 million in 2018 to 5.4 million in 2019.

The New York Times reported that before the Texas teen’s death, the youngest reported vaping fatality was a 17-year-old who lived in the Bronx borough of New York City. 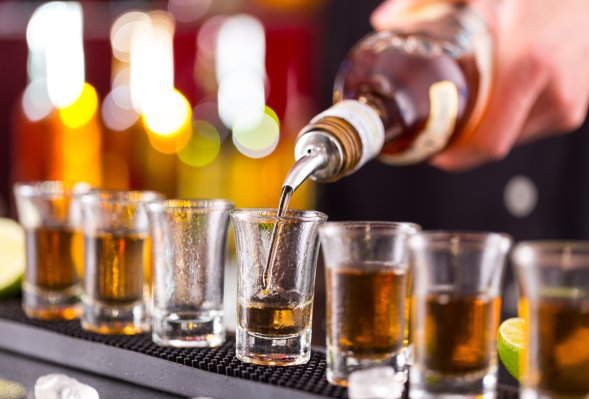 U.S. Drinking Deaths Double in 2 Decades With Faster Rate for Women: Study
Next Up: Editor's Pick