The U.K. Has Sent a Formal Extradition Request to U.S. for Anne Sacoolas, the Wife of a Diplomat Charged in the Death of Harry Dunn

Charlotte Charles and Tim Dunn, the parents of Harry Dunn, a 19-year-old who was killed when a car crashed into his motorbike on August 27.
Sara Naomi Lewkowicz for TIME
By Jasmine Aguilera

The U.K.’s Crown Prosecution Service has sent a formal extradition request to the U.S., asking that the country return Anne Sacoolas to face trial for the killing of teenager Harry Dunn, according to Reuters.

Sacoolas, the wife of U.S. diplomat based at at an Air Force base in England, was charged in December for the death of Harry Dunn, a 19-year-old who was killed while riding his motorcycle in August after Sacoolas allegedly crashed into him with her car. Sacoolas then fled to the U.S. and claimed diplomatic immunity, causing international controversy.

“Following the Crown Prosecution Service’s charging decision, the Home Office has sent an extradition request to the United States for Anne Sacoolas on charges of causing death by dangerous driving,” a Home Office spokesperson told Reuters in a statement. “This is now a decision for the U.S. authorities.”

The Home Office did not immediately return TIME’s request for comment, but the U.S. State Department tells TIME the extradition request is “highly inappropriate.”

“This was a tragic accident, a young man has lost his life, and his family is grieving. No one could hear about this tragic accident and not feel incredible sadness over this loss,” a State Department spokesperson said in an emailed statement to TIME. “The President, the Secretary of State, the U.S. Ambassador in London and others in our government have all expressed sincere condolences to the Dunn family for this tragedy.”

“The United States has been clear that, at the time the accident occurred, and for the duration of her stay in the U.K., the driver in this case had status that conferred diplomatic immunities,” the spokesperson added. “The Foreign Secretary stated the same in Parliament. It is the position of the United States government that a request to extradite an individual under these circumstances would be an abuse. The use of an extradition treaty to attempt to return the spouse of a former diplomat by force would establish an extraordinarily troubling precedent.”

“It’s about Harry, it’s not about politics,” Charlotte Charles told TIME in October during the family’s visit to the U.S. “It shouldn’t be about the governments and it shouldn’t be us worrying about this becoming a political brawl or whatever. It’s about our boy, and making sure that it doesn’t happen to another family.”

Radd Seiger, the Dunn family’s spokesperson, told The Guardian that the family is “confident in the knowledge that the rule of law will be upheld.”

“They will simply take things one step at a time and not get ahead of themselves,” he added. “However, no one, whether diplomat or otherwise, is above the law.” 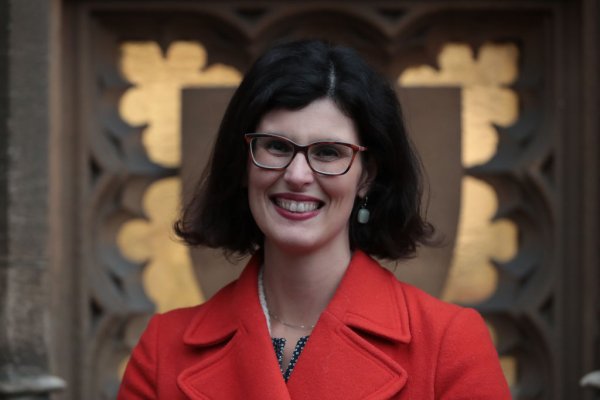 British Lawmaker Comes Out as Pansexual, Criticizes Newspaper For Allegedly Trying To Out Her
Next Up: Editor's Pick