Violence Against Women Has Made a Resurgence in India. Deepika Padukone's New Film Highlights the Strength of Survivors

Laxmi Agarwal was 16 years old when her life changed forever. She was out running an errand in New Delhi in 2005 when she was attacked with acid by three assailants, one of whom was a 32-year-old family friend whose romantic advances she had refused. She suffered severe injuries and underwent multiple surgeries in the months and years following. “It was not only an attack on me,” Agarwal says. “I was physically attacked, but my entire family paid for it.”

Channeling her anger into action, Agarwal has since become a high-profile campaigner for banning the sale of acid and received the International Women of Courage Award from Michelle Obama in 2014. After encouraging other acid attack survivors in India to come forward with their stories, her own experience is now being told through the country’s biggest medium: a Bollywood film adaptation directed by Meghna Gulzar and produced by and starring Deepika Padukone. “Laxmi was the one who started fighting for this cause, she was the first one that uncovered her face and she was the one who was unapologetic about the way she looked,” Padukone tells TIME, ahead of the Jan. 10 global release of Chhapaak. “She was kind of a torchbearer for any amendment that we see today in the law regarding the regulation of the sale of acid.”

The release of Chhapaak, (loosely translated as ‘splash’), comes as violence against women in India has made a painful resurgence in the headlines in recent months. Beyond India’s borders, too, women took to the streets to protest violence against women: an anti-rape chant from Chile spread to 200 cities worldwide in December and mass demonstrations took place in France in November to condemn the country’s rising rate of femicide. While Chhapaak focuses on acid violence in particular, Padukone says the current global context underscores its relevance. “It makes us feel like there couldn’t be a better time for a movie such as ours to come out.”

In a country where top film stars tend to steer clear of politics, Padukone—India’s highest-paid female actor—has made headlines this week for joining students protesting against the government on Tuesday evening. She stood silently behind a student leader who was injured when masked men, armed with sticks and rods, stormed into the campus of New Delhi’s Jawaharlal Nehru University (JNU) on Sunday, injuring some 30 people. After photos of Padukone at the protest circulated online, #BoycottChhapaak trended on Twitter, while others praised Padukone for being a rare dissenting voice amid India’s political crackdown under the hashtag #ISupportDeepika.

It wasn’t the first time Padukone has broken from the ranks of traditional A-List Bollywood stars to take a stand on important social issues — having gained a profile as an advocate for mental health and now turning her attention to acid violence. Statistics available from India’s National Crime Records Bureau indicate that 206 cases of acid attacks and attempts to perpetrate acid attacks on women were reported in 2016. Advocates say that unreported cases mean that the real figures are likely to be much higher, possibly as many as over 1,000 attacks per year. According to Acid Survivors’ Trust International, acid attacks in India often occur in public places and in most cases, the attack is committed by a person known to the victim.

After her attack, it took years for Agarwal to feel comfortable with going out in public. The support of family members and friends eventually gave her the strength to do so. “I thought that if these people can see me and they can accept me, why not the entire world?” says Agrawal, now 31. In 2006, she and another acid attack survivor filed a Public Interest Litigation in the Supreme Court of India to regulate the sale of acid in the country and new criminal laws to deal with offenders. Seven years later in 2013, the Supreme Court ruled in their favor, adding restrictions on the sale of acid to individuals below the age of 18.

While the implementation of the regulations vary from state-to-state, Agarwal says that the past six years have seen further strengthening in the law and attitudes to survivors changing in broader society. Her own “Stop Sale Acid” campaign in 2018 encouraged local shop-owners to stop selling acid and offered a certification for those who took an oath to no longer sell it. “2013 was a start, because there was nothing for survivors,” she says. “The most important thing, and the best thing that happened was the other acid attack survivors who took the courage to come out with their stories and be accepted by the world.”

From Chhapaak’s inception, Agarwal was involved in the production process, meeting with Padukone several times and attending the shooting of the film. “When I saw Deepika playing me, I was so happy to see her look exactly like me,” says Agarwal. While Padukone takes on the lead role based on Agarwal, several other acid attack survivors are featured in acting parts in Chhapaak. “What compelled me to do this project was the spirit that all of these survivors have,” Padukone tells TIME. “It’s also about what they’ve chosen to make of their lives and that experience and that incident, that they’ve not succumbed but have actually come out more victorious and stronger. There’s something for all of us to learn from that.”

Padukone’s own experience of overcoming personal traumas added another layer to the storytelling of Chaapaak. In 2015, Padukone publicly spoke about her struggles with clinical depression and her mental health. That same year, she created the Live Laugh Love Foundation, aiming to reduce stigma, provide education and raise awareness around mental health. She sees the common thread between herself and Agarwal as turning adversity into advocacy. “I would never compare depression and acid violence because they’re completely different, but at the same time, those experiences influenced both of our lives,” Padukone says. “[Agarwal’s] situation was life-threatening in a certain sense, mine was life-threatening in a different sense, yet we both have wanted to overcome that, to fight that, and to make that experience meaningful not just for ourselves but for the people around us.”

For Agarwal, one of those people is her young daughter, who is looking forward to seeing the film. She also hopes that through the film’s portrayal of her journey, it will have a broader impact on attitudes towards acid attack survivors. It’s a sentiment that resonates with Padukone too, who says she learnt a great deal about the challenges survivors face while acting in and producing the project. “On a much deeper level, hopefully we will be able to challenge the notion of what beauty is, or the way we’ve been conditioned to understand beauty,” she says. “I think what they want is to not be treated as anything less than any of us.” 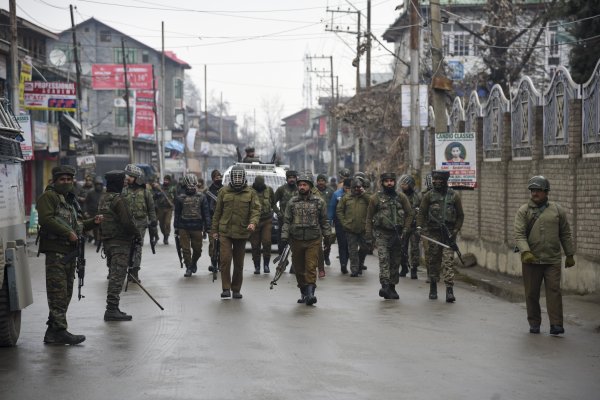 India’s Supreme Court Orders a Review of Internet Shutdown in Kashmir. But For Now, It Continues
Next Up: Editor's Pick