U.S. Cancer Death Rates Continue to Drop, But Progress Is Stalling for Some Cancers

Over the last few decades, the death rate from cancer dropped by 29% in the U.S., according to the latest data from the American Cancer Society (ACS). That, the ACS’s new study estimates, saved 2.9 million lives from 1991 to 2017, largely owing to declines in mortality from the four leading cancer types: lung, breast, prostate and colon.

From 2016 to 2017—the latest year for which data are available—the overall cancer death rate declined by 2.2%, the largest single-year reduction ever recorded. These new figures were reported in a study published in CA: A Cancer Journal for Clinicians.

The declines are an encouraging sign that screening, prevention and treatments for cancer, including recent advances in using the immune system to target tumors, are working, says Rebecca Siegel, scientific director of surveillance research at ACS and lead author of the study. That’s especially true given that mortality rates for other chronic conditions like heart disease, stroke and accidental deaths are stalling.

Here’s a breakdown of what the latest cancer numbers reveal.

The decline in deaths is particularly striking for lung cancer, which for decades was one of the toughest cancers to treat. Smoking was and continues to be the leading risk factor for lung cancer, and contributed to high death rates from the disease before 1991. While lung cancer remains the leading cause of cancer death among both men and women (accounting for more deaths than from breast, prostate and colon cancers combined), the emergence since the early 2000s of targeted therapies that home in on specific mutations unique to lung cancer have improved prognosis considerably. The latest ACS data reflects the life-saving influence of these medications: deaths from lung cancer plummeted by 51% among men from their peak in 1991 to 2017, and by 26% among women from their peak in 2002 to 2017.

“Really the drop in lung cancer deaths has been driving the decline in cancer deaths,” says Siegel. “We’re seeing very similar improvement at every stage of lung cancer diagnosis, so it could be the perfect storm in terms of continued declines in smoking along with advances in treatment over the past decades that are all coming together.”

Most Rapid Drop in Deaths from Melanoma

In the case of melanoma, the decline in death rates is largely due to treatments that target specific mutations. The first targeted therapy for melanoma was approved in 2011; the death rate then declined 7% per year from 2013 to 2017, nearly triple the rate from 2006 to 2010.

“Melanoma is one of the cancers for which we have made the most significant strides,” says Dr. Patrick Hwu, head of the division of cancer medicine at the University of Texas MD Anderson Cancer Center. “We have had both targeted therapies and immunotherapies that work on the immune system to treat melanoma, and we’re definitely seeing their influence in this report.”

Hwu notes that just last year, doctors began treating earlier stages of melanoma with immunotherapy. “We will continue to see these mortality numbers drop over the next few years,” he predicts.

While mortality rates from breast and colon cancers continue to fall, those declines are slowing.

In the case of breast cancer, there was a 40% overall decline in death rates from 1989 to 2017. But from 2008 to 2013, the annual average decline was 1.7%, compared to 1.3% from 2013 to 2017. Some of that slowing can be attributed to continued problems in ensuring access to screening and treatment, especially for minority women and those with lower incomes. “We have a lot of existing measures that we know work to lower death rates, but not all segments of the population are benefiting,” says Siegel. “We know that because the death rate from breast cancer is 40% higher in black women than among white women.”

There are similar patterns with colon cancer: the mortality rate for the illness in non-Hispanic black Americans is about 30% higher than it is in the general U.S. population. And similarly, the population-wide mortality rates, while still declining, have slowed: During 2008 to 2013, the average annual percent drop in deaths was 2.4%, compared to 1.8% during 2013 to 2017. Siegel believes these numbers could be improved if more people had access to screening and treatment. “We have early detection tests for colon cancer that can prevent cancer through screening,” says Siegel. “So doubling down on efforts to ensure all people are screened could jumpstart the decline in deaths again.”

In the case of prostate cancer, deaths are no longer declining, but stalled, owing mostly to changes in screening recommendations with the prostate specific antigen test (PSA). Studies showing that the blood-based test may lead to over treatment of lesions that are unlikely to cause serious disease led the U.S. Preventive Services Task Force to initially advise in 2012 that most adult men skip regular PSA testing. Each year during 2008 to 2013, the death rate from the disease dropped by an average of 3.5%, and during 2013 to 2017, by only 0.3% on average. Then in 2017, after reviewing additional studies, the task force recommended that men should discuss with their doctors whether PSA testing makes sense for them.

“To move forward with prostate cancer, we must be able to distinguish aggressive cancers from nonaggressive ones,” says Hwu. “When we can do that, we will know which [cases of] prostate cancer we need to intervene in and which ones we do not.” That will eventually, he believes, start pushing prostate cancer deaths down again.

Overall, Hwu is optimistic that the current declines in most cancer deaths will continue—and even increase in coming years as new treatments develop. “We still have an estimated 600,000 dying from cancer each year in the U.S. and that is too many, so we have a long way to go,” he says. “But if we implement what we already know about prevention, screening and treatment across all zip codes, and continue to invest in cancer research, I am very confident that we will continue to decrease death rates from cancer.” 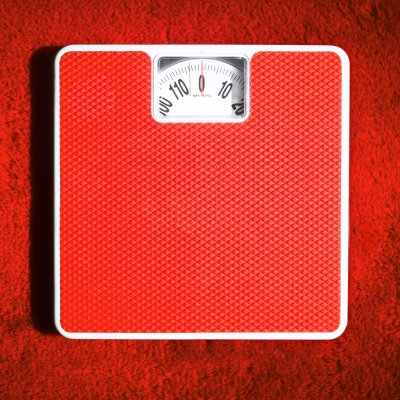 Losing Weight May Reduce Your Risk of Breast Cancer
Next Up: Editor's Pick