Back on the Hill, Senators Brace for Divisive Debates Over Impeachment and War Powers

As the Senate regrouped this week, lawmakers knew they were not heading into another languid session of confirming judges and bureaucrats. With an impeachment trial looming, a debate about the President’s war powers raging and a presidential campaign weeks from the starting line, the Senate’s to-do list has grown more politically fraught by the day, with the upper house’s deep divisions coming into focus as lawmakers considered both domestic and international crises.

At the top of the Senate’s agenda is the historic impeachment trial of President Donald Trump on charges he abused his power in linking U.S. foreign aid to Ukraine with an investigation into his domestic political rival Joe Biden and then obstructing Congress’ oversight. The House, with only Democratic votes, impeached Trump 20 days ago but House Speaker Nancy Pelosi hasn’t sent those charges to the Senate for its consideration because, in her estimation, she hasn’t been satisfied that the Senate will treat the accusations with sufficient seriousness.

Senate Majority Leader Mitch McConnell, who is coordinating with the White House on the President’s defense, has said he doesn’t see a scenario by which the Senate votes to convict Trump. If Pelosi eventually hands over the charges, as most expect, lawmakers must then decide on a format for the trial. During the last impeachment trial, Senators gathered and unanimously agreed to a set of rules that guided them.

That now appears to be off the table. McConnell on Tuesday told reporters he planned to move forward with a set of rules that don’t demand witnesses from the start. Such rules require just 51 votes.

Democratic Leader Chuck Schumer expressed frustration with that decision just moments later. “Whoever heard of a trial without witnesses or documents?” Schumer told reporters on Tuesday. He and other Senate Democrats have said they want to hear testimony from four top Trump aides who may have fresh information about a July phone call between Washington and Kiev, and its subsequent handling. Senate Republicans have countered that their mandate is to consider the evidence sent to them by the House, not to dig up new evidence to back-up the allegations sent from the House, which did not hear from those potential witnesses.

One of the potential witnesses, former national security adviser John Bolton, sent Republicans into a brief frenzy on Monday when he said that he would agree to testify if the Senate subpoenas him. By Monday evening, it seemed unlikely that 51 Senators in the Republican-controlled chamber would vote to compel that testimony over the White House’s objections. Senior Republicans on Capitol Hill mocked the idea that there would be sufficient defections to compel Bolton to appear, and senior Democrats mounted a shame campaign with scant optimism it would make a difference.

McConnell said he is guided by the precedent on witnesses set during the 1999 trial of President Bill Clinton, citing a bipartisan rules package that allowed both sides to make opening statements before the Senate called witnesses. “That was good enough for President Clinton, so it ought to be good enough for President Trump,” McConnell said. Soon after, Schumer offered his own history lesson: Clinton’s trial did, in fact, feature witness testimony. “We’ve never had [a trial] with no witnesses,” Schumer said. (Witnesses during Clinton were called after the trial began, not before, as Democrats have been proposing.)

“It is now up to four Senate Republicans,” Schumer said on Monday, trying to press for party defections. “It will not be me — and not the Republican Leader alone — but a majority of Senators will decide whether we have the fair trial with facts and evidence, or a Senate-sponsored cover-up of the president’s alleged misconduct,” he said.

Given Trump’s sway over the GOP, it is unlikely the Senate caucus will break to support Schumer’s call. So far only Sen. Mitt Romney of Utah has broken with GOP ranks to say he would support Bolton’s testifying, while Sen. Susan Collins of Maine said she wanted to listen to opening arguments from House prosecutors and the White House defense team before deciding what — if any — witnesses she wanted to hear from.

Meanwhile, the five Senators seeking the Democratic Party’s presidential nomination are nervously keeping their eyes on their calendars. Iowa’s lead-off caucuses are scheduled for Feb. 3. Schumer has told each of them that their top priority must be the impeachment trial when it begins, and they are due to be in Washington in their seats six days a week until the trial ends. That could sharply limit their abilities to connect with voters in the early states, to raise cash from donors and to build momentum.

Amidst this debate, Senators were also mulling how they should respond to the Trump-ordered killing of Iranian general Qasem Soleimani, a move that has sparked international condemnation. House Democrats were already discussing measures to limit the President’s powers should Iran retaliate, as Tehran has promised. If that clears the House as expected, it will land on Senators’ laps shortly after. There in the Senate, an anti-war and libertarian coalition led by Sen. Rand Paul of Kentucky could find allies with Trump critics and cause the White House headaches. “It’s up to Congress to declare war, not the President,” said Sen. Tim Kaine, a Virginia Democrat.

The full House and Senate are set to receive a classified briefing on the strike on Wednesday from top Pentagon and State Department officials. 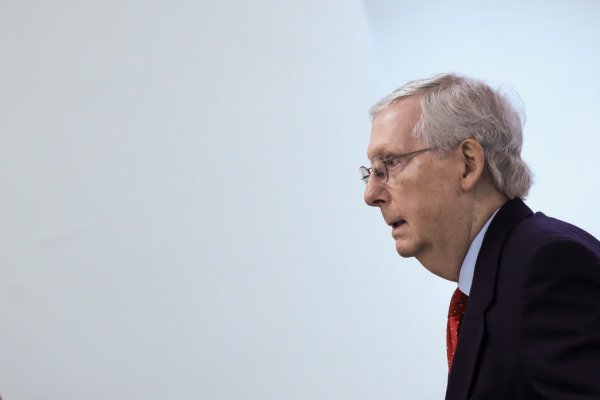