Carlos Ghosn, Now a Fugitive, Was an Electric-Car Visionary

One of the more riveting news stories this past week was former Nissan chairman Carlos Ghosn leaving Japan and flying to Lebanon. Ghosn has been charged with financial misconduct and was due to face a trial in April; apparently, he’s jumped his bail. Before Ghosn’s fall from grace, he was viewed in many circles as a key force for good in the efforts to mitigate climate change.

He was one of the earliest auto-industry executives to advocate for electric vehicles. Indeed, a significant driver behind Ghosn’s push to partner up Nissan, a Japanese manufacturer over 80 years old, with Mitsubishi, a younger Japanese carmaker, and Renault, a centuries-old French firm, was to bring the three companies’ engineering know-how, market positioning, and corporate resources together to become the global leader in what he saw as the future. Under Ghosn, the Renault–Nissan–Mitsubishi Alliance spent billions of dollars to develop the Nissan LEAF, the Renault Zoe, and the Mitsubishi i-MiEV. The LEAF, in particular, became iconic: launched in 2010, it revolutionized the passenger EV industry, and remains one of the best-selling plug-in cars on the market.

In 2011, Ghosn predicted that by 2020, electric cars would make up 10% of the global market. Unfortunately, we’ve fallen well behind Ghosn’s timeline; in 2018, that figure fell somewhere between 1-2%. Nevertheless, the world’s auto fleet is on its way to electrification, as EV sales grew 75% from 2017 to 2018, and early numbers suggest the trend continued in 2019. In that sense, Ghosn was a visionary.

However, as the Financial Times reported earlier this year, other executives at Nissan believe that Ghosn went too far in his efforts to push the LEAF on potential car-buyers. Former Nissan president and CEO Hiroto Saikawa told FT that “What really destroyed LEAF’s product value was when we vastly cut the lease price for LEAF in the U.S. Since then, LEAF’s image is that of a discount car.”

Meanwhile, newer entrants to the EV market—most prominently, Tesla—positioned themselves as luxury cars, appealing to wealthy U.S. buyers, and in China, thanks largely to government sticks and carrots, domestic manufacturers have cornered a growing middle class market.

In the face of this competition, the partnership between Nissan, Renault and Mitsubishi was already starting to crack when Ghosn was arrested in November 2018. In fact, at the time, Ghosn had reportedly been hard at work trying to bring Fiat Chrysler Automobiles (FCA) into the fold, largely as a bulwark against the EV wave that, though he predicted it, Ghosn was unable to rally the talent and resources to ride effectively. (Fiat is the only traditional auto manufacturer whose EVs make up over 10% of total car sales.) That deal ultimately fell apart in June 2019, when FCA issued a statement that it “has become clear that the political conditions in France do not currently exist for such a combination to proceed successfully.” FCA instead signed a deal with PSA Group of France, which makes Peugeots.

Nissan’s future as an electric-car maker

At this point, the trajectory of the automotive industry towards electrification feels almost inevitable. And so the success (and even viability) of Nissan, Renault and Mitsubishi is perhaps irrelevant—though the group does plan to launch eight new electric models by 2020.

In any case, there could be an interesting lesson here. Ghosn’s idiosyncrasies and gumption—and magnetism for controversy—remind me of another leader in the world of EVs: Elon Musk. I don’t have access to the documentation or testimony that would enable me to make an educated call on whether or not Ghosn is guilty of the crimes for which he is accused, and of course I in no way mean to conflate any illegal or unethical action with iconoclasm. However, the Ghosn saga and Musk’s mercurial behavior, combined with their respective, quixotic-but-sort-of-successful endeavors, do make me think we will have to deal with other—complicated, let’s say—individuals on our way to a zero-emissions future. 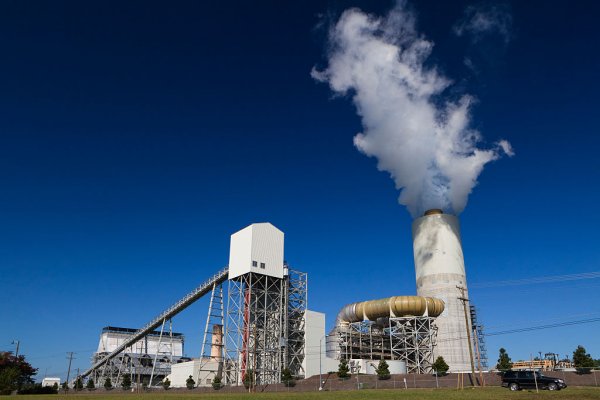