As the only place in the Chinese-speaking world where people can choose their top political leader, it’s unsurprising that elections in Taiwan embody democracy at its unbridled messiest: febrile, rambunctious and dripping in color. This year is no different. The island of 23 million heads to the ballot box on Saturday following a campaign dominated by fake news from malevolent actors, sexist personal attacks and fist-pumping speeches.

The growing clout of Beijing looms large over the island. China’s strongman President Xi Jinping has been blunt about the need to politically reunite self-governing Taiwan with the mainland. The past four years has seen seven diplomatic allies switch to Beijing—only 15 nations still recognize the government in Taipei—and repeated threats of invasion.

How best to safeguard the island’s democratic way of life has dominated the election, which pits the anti-China incumbent President Tsai Ing-wen against the more pro-Beijing challenger Han Kuo-yu.

Deteriorating cross-Strait relations are worrisome for the U.S., which maintains Taiwan as an unofficial ally.

Here’s what you need to know about the 2020 Taiwan presidential election.

Taiwan has ruled itself since effectively splitting from the mainland following the Nationalists’ flight across the Taiwan Strait in 1949 following China’s civil war. Relations between Taipei and Beijing had improved thanks to the “One China” principle, which states that the island and mainland belong to the same country, even if the governments of Beijing and Taipei bicker over which is the legitimate power. Today, Taiwan’s unfortunate distinction is that it has every characteristic of a state—people, territory, economy, military, government—except recognition by the U.N. and most governments. (The U.S. switched recognition from Taipei to Beijing under Jimmy Carter in 1979, though maintains a host of unofficial ties with Taiwan.)

Although the island’s population is over 95% ethnic Han Chinese, over the previous half-century they have been politically divided between those who migrated alongside Nationalist Generalissimo Chiang Kai-shek 70 years ago and those who were already on the island, and identify as Taiwanese above all. Historically, the former have supported the Nationalists, or Kuomintang (KMT), while the latter back the Democratic Progressive Party (DPP).

Taiwan democratized in the early 1990s and enjoyed an export-driven boom. The island’s economy ranks 21st in the world with a GDP per capita about three times that of the mainland. It has switched from low-end manufacturing to advanced design and production for semi-conductors, AI and biotech. Still, like fellow “tiger economies” Japan and South Korea, in recent years Taiwan has fallen victim to the middle-income trap with sluggish growth and stagnant wages.

But it is relations with China that have dominated the election campaign. Last January, Xi suggested Taiwan would enjoy the same system of semi-autonomy, known as “one country, two systems,” under which Hong Kong has been ruled since its 1997 takeover by Beijing. However, ferocious and increasingly violent pro-democracy protests in the freewheeling former British colony have galvanized opposition to any such arrangement.

Recent surveys show some 80% of Taiwan’s people reject political union with China. Most back the island’s current status of de facto independence, given Beijing has vowed formal secession would draw a military response. There’s also a fear that conflict with Taiwan might become an easy distraction for Beijing if its slowing economy sparks popular unrest. “That’s probably the biggest threat to Taiwan right now,” says Shelley Rigger, an East Asia expert at Davidson College in North Carolina and author of Why Taiwan Matters.

The ballot is taking place just over a week after a helicopter crash killed eight military officials including Gen. Shen Yi-ming, who had taken over as chief of the general staff in July and was Taiwan’s top military officer.

Who are the main candidates?

The campaign is widely seen as a two-way race between incumbent President Tsai for the DPP and Kaoshiung Mayor Han for the KMT. A third candidate, People First Party candidate James Soong, brings up the rear.

Elected president in a landslide in 2016, Tsai, 63, is a U.S. and U.K.-trained lawyer and academic with a reputation as “bookish and aloof,” says Rigger. Although Tsai is of southern Taiwanese stock, she was born in Taipei and grew up among the capital’s KMT-dominated educated elite. One grandmother belongs to Taiwan’s Paiwan aboriginal group, famed for their intricate wood and slate carvings.

Tsai first entering government in 1994 with roles in the Fair Trade Commission, National Security Council and Mainland Affairs Council. Tsai’s popularity plummeted over her first term as president due to a series of scandals. Her decision to overhaul Taiwan’s lavish state pension system resulted in chastening local election results in 2018. At one point she had a 30-point deficit to her KMT rival. However, her poll numbers have since recovered, helped not least by the turmoil engulfing Hong Kong.

“After the local election she realized she needed more face-to-face communication with the people,” Jason Liu, Deputy Secretary-General of Presidential Office, tells TIME in his Taipei office. “Since then she has cut time in internal meetings and increased that she spends outside meeting the people.”

Tsai’s refusal to endorse the idea that Taiwan and China must and always will be the one nation makes her anathema to Beijing. Taipei has also accused Beijing of orchestrating a campaign of misinformation against her. In recent months, Tsai has been falsely accused of everything from installing artwork bearing an enormous quote from Mao Zedong in her Presidential Office to faking her doctoral dissertation. (The Chinese government denies any such campaign.)

She has also been the subject the of a series of spiteful, misogynistic attacks from opponents who claim that an unwed, childless woman isn’t qualified to lead the next generation.

The populist Han, 62, has been described as Taiwan’s Donald Trump for good reason. When he’s not leading diehard supporters—known as the “Han Wave”—in nostalgic and patriotic songs on the stump, he’s making outlandish promises, such as drilling for oil in the contested South China Sea and bringing casinos and Formula One motor races to Taiwan.

An undeniably colorful character, Han has been accusing of having links to a gangster and once punched fellow lawmaker and future DPP President Chen Shui-bian within the parliament building, hospitalizing him for three days. However, unlike Trump, Han doesn’t vilify particular social or ethnic groups and has no problem making fun of himself, especially his bald head.

Few thought Han would be win the KMT nomination, especially given his opponent was the popular and fabulously well-resourced billionaire Foxconn CEO Terry Gou. But Han is used to pulling off the miraculous. His stock within the party had fallen so far that many saw his assignment to run as mayor in the DPP stronghold of Kaohsiung in 2018 as a punishment—so slender seemed the possibility of victory. Han shocked everyone by orchestrating a stunning victory, wresting Taiwan’s third-largest city from 20 years of DPP control, helped by the backlash against Tsai’s pension reforms. In the end, he bested Gou, too.

Han says building ties with Beijing can ultimately better safeguard Taiwan’s de facto sovereignty, describing the two sides as “one family” during speeches. But he has also rejected “one country, two systems” as a formula for reuniting the estranged territories.

Still, Han’s Beijing-friendly stance has put off many fearful of soft colonization via Taiwan’s growing economic reliance on the mainland. China is Taiwan’s top trading partner, with trade totaling $226 billion in 2018; Taiwan companies have over $100 billion invested in China, reports Reuters.

What does this mean for the U.S.?

Although Washington switched recognition from Taipei to Beijing to in 1979, that same year Congress passed the Taiwan Relations Act, which obliges the U.S. government to sell the island weaponry necessary for its own defense among other security guarantees.

Still, Trump’s transactional record on foreign policy has caused palpable anxiety over whether the U.S. would flip on Taiwan. The recent U.S. withdrawal from the Syrian border with Turkey spotlights how quickly the mercurial U.S. President can turn on allies, this time the Kurds. And Trump has long prided himself in doing what other leaders consider unthinkable­—the sudden suspension of U.S.-South Korea military drills during denuclearization talks with Kim Jong Un, for one.

Yet there’s much evidence to suggest U.S. support for Taiwan remains robust as the U.S. relationship with China becomes more acrimonious generally. Last year, Trump signed the bipartisan Taiwan Travel Act, which boosts the exchange of high-level officials, prompting the Chinese embassy in Washington to complain the law’s clauses “severely violate the One China principle.”

Taiwan also just purchased $2.2 billion of American weaponry, including Abrams tanks, much to Beijing’s ire. In late October, a bill to protect Taiwan from Chinese diplomatic pressure won approval in the U.S. Senate.

That same month, Ted Cruz became the first U.S. Senator in 35 years to attend Taiwan’s National Day celebration. When it comes to support for Taiwan, Cruz tells TIME, “the United States will not be bullied and will not back down.”

—With reporting by Gladys Tsai/Taipei 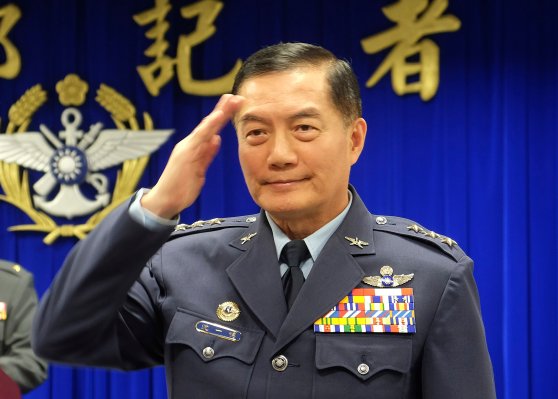 Taiwan Military Chief Among 8 Dead in Helicopter Crash
Next Up: Editor's Pick