In one of the more impassioned moments of Sunday night’s broadcast, Michelle Williams used her time onstage at the 77th Annual Golden Globe Awards to advocate for abortion rights.

Williams, who People recently reported is pregnant, accepted the award for Best Actress in a Miniseries or Motion Picture for TV for her role as Gwen Verdon in FX’s Fosse/Verdon. “I’ve tried my very best to make a life of my own making,” she said. “I wouldn’t have been able to do this without employing a women’s right to choose. To choose when to have children, and with whom.”

The actor continued, saying that women need to vote in their “own self-interest,” stating that “it’s what men have been doing for years, which is why the world looks so much like them. But don’t forget, we are the largest voting body in the country. Let’s make it look more like us.”

Her comments come less than one week after more than 200 members of Congress submitted a brief to the Supreme Court stating that Roe v. Wade and Planned Parenthood v. Casey, landmark decisions on abortion, should be “reconsidered and, if appropriate, overruled.”

Many following along on Twitter — and in the audience at the awards show — applauded Williams for speaking out.

Reese Witherspoon, nominated at the Globes for leading role in Apple TV+’s The Morning Show, tweeted that Williams was a “champion of women” and an “inspiration.”

Accepting the Lead Actress in a Limited Series award for the same role at the 2019 Emmys, Williams gave a similarly passionate speech advocating for pay equity. “Thank you so much to FX and Fox 21 studios for supporting me and paying me equally,” said Williams, who had made headlines for her reaction to learning that she made drastically less than her costar Mark Wahlberg for reshoots for the 2017 film All the Money in the World. “Because they understood that when you put value into a person, it empowers that person to get in touch with their own inherent value. Where do they put that value? They put it into their work.” 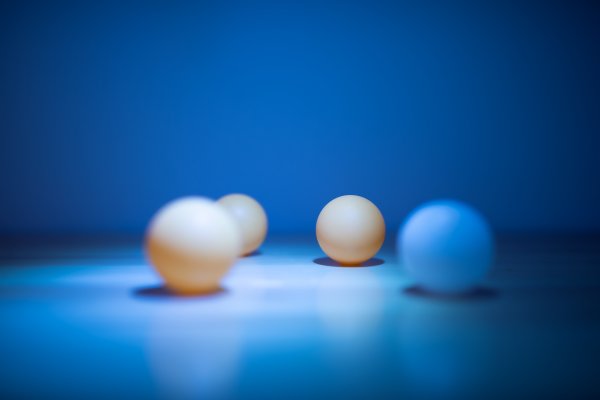 Sit Back and Relax As You Follow This Ping Pong Ball on a Bar-Raising Journey With a Big Payoff
Next Up: Editor's Pick