Long lines of customers assembled in Illinois on Jan. 1 to make the first legal recreational marijuana purchases in the state. More than 77,000 transactions were made that added up to nearly $3.2 million.

Hutchinson also noted that the 37 dispensaries that are currently open are just the beginning, and that the state is looking to distribute 75 new dispensary licenses May 1. Hutchinson said that this second round will be especially important, because it will open the door to social equity applicants, which are applicants from a local area that was disproportionately impacted by marijuana arrests, were arrested themselves or employ a certain number of impacted workers. Such applicants will have extra points in the application process, and will have access to special funding and lower application fees.

Hutchinson said that she thinks the long lines outside of dispensaries are a good sign, because it means there is more room in the market for other businesses.

“You don’t want to allow a market to be saturated and monopolized in a way that crowds out people are new entrants to the market. This is absolutely designed intentionally. Those lines actually show that there is an incredible opportunity to grow this industry,” Hutchinson said. 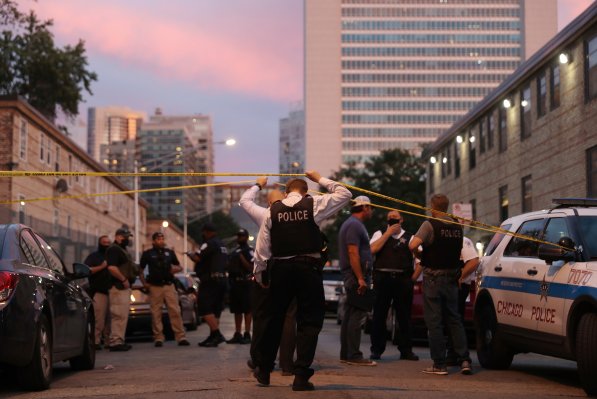 'We Don’t Need More Cops; We Need Better Cops.' Why Chicagoans Are Skeptical of Federal Agents in the Fight Against Gun Violence
Next Up: Editor's Pick