'People Do Not Like the Unknown.' Here's What To Know About The Mystery Drones Hovering Over Rural Colorado and Nebraska

Multiple sightings of mysterious drones have been reported over night skies in rural Colorado and Nebraska.
Getty Images
By Jasmine Aguilera

Multiple sightings of mysterious drones have been reported over night skies in rural Colorado and Nebraska — and they’ve left local residents, sheriffs in multiple counties and the Federal Aviation Administration (FAA) searching for answers.

The sightings began mid-December, according to public statements by sheriff’s offices in rural Colorado. As of yet, officials do not know who is operating the drones or why they are flying over certain counties. Now, federal agencies, police departments and sheriff’s offices are scheduled to meet on Jan. 6 to address the drone sightings, according to Yuma County Sheriff Todd Combs.

“These drones have made residents in our community very nervous and anxious,” Combs wrote in a Dec. 31 statement on Facebook. “People do not like the unknown as it upsets the balance of our lives.”

In one county, there are at least 17 drones that have flown each night between 7 to 10 p.m., according to The Denver Post, who spoke to Phillips County Sheriff Thomas Elliot.

A spokesperson for the FAA tells TIME that multiple devisions of the agency are investigating the reports, but cannot comment on the details of open investigations.

Here’s what we know so far about the mystery drones.

What are the drones doing?

According to Combs, the drones are flying approximately 150 to 200 feet or more away from buildings or people. Elliot told The Denver Post that the machines span about six feet and fly in squares of about 25 miles. They’re also flying at night.

Some federal agencies such as the U.S. Army and the Drug Enforcement Administration confirmed to The Post that the drones do not belong to them.

On Dec. 21, the Phillips County and Yuma County Sheriff’s offices tracked more than 16 drones between the two regions, according to a Facebook post by Phillips County. “We believe that the drones, though startling, are not malicious in nature,” the office added.

Sheriffs in multiple counties have urged residents not to shoot down the drones, as that could violate federal laws that protect aircrafts.

Where have they been sighted?

In north eastern Colorado, Yuma, Lincoln, Morgan, Washington and Sedgwick counties have reported sightings, and according to the New York Times, Perkins, Hayes and Hitchcock counties in Nebraska have also seen the drones, though there may be others.

All are rural communities, which have some authorities theorizing that the drones are mapping or agricultural tools, according to the Times.

“I think we are all feeling a little bit vulnerable due to the intrusion of our privacy that we enjoy in our rural community, but I don’t have a solution or know of one right now,” wrote Combs in a Facebook post.

Are any laws being broken?

Though several agencies are currently investigating the origins of the drones, whoever is responsible is likely not breaking any laws, some Sheriff’s offices have noted.

“As far as I can ascertain, the drones are abiding within those guide lines,” said Combs. “The problem is the technology is out pacing the passage of rules for drone usage.”

On Dec. 26, the FAA published a proposed rule that would require drones to be identifiable remotely. Nearly 1.5 million drones and 160,000 remote pilots are registered with the FAA, the agency said in a public statement. The proposed rule would require the drones be equipped with identifiable technology and would apply to all drones required to register with the FAA, excluding drones that weight .55 pounds or less. 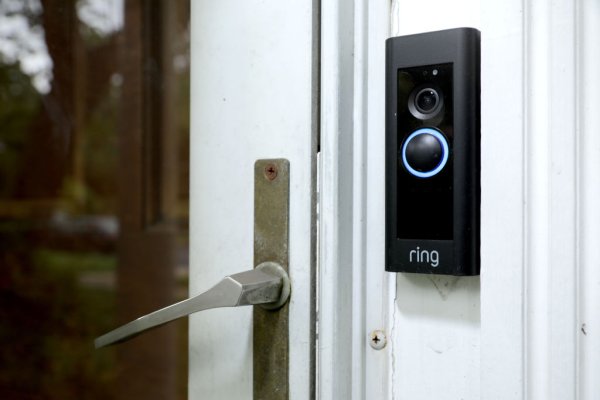