CNN host Don Lemon was in Nashville for the holiday and, once again, got right down to business of having more fun than anyone should while on the job. Lemon, who was co-hosting the countdown with Brooke Baldwin, surprised the audience (and his co-host) with a “big announcement” that was “somewhere” on his body. He then revealed a Lemon 2020 tattoo on his forearm.

It’s unclear whether it was a temporary mark or a permanent reminder that he is very good at his job—or perhaps he was throwing his hat in the ring for the presidency? Whatever the mark was, Twitter commenters loved it:

If it is a permanent tattoo, it would not be particularly surprising to longtime fans of CNN’s New Year’s Eve coverage. Lemon famously got drunk and pierced his ear on New Year’s Eve 2016, before going on a notable rant about his love life. When he rang in 2019, the hashtag #DrunkDonLemon was trending on Twitter, prompting Lemon to loudly declare, “I’m not drunk, but whatever.” He then continued playing with puppies, singing, dancing, and generally acting like the fun guy at the party while reporting live on air.

Twitter fans were happy to see him back on the job:

Of course, it wasn’t just Lemon who was drinking on the job. CNN’s Anderson Cooper was joined by Bravo TV personality Andy Cohen to host the news network’s coverage for the third year in a row from New York’s Times Square. They started drinking early in the evening, with Cohen offering Cooper and guests shots of tequila and Jägermeister. Naturally, things got more raucous and raunchy as the night progressed.

They even threw back shots with rapper 50 Cent, although Cooper could barely keep his cool:

At one point Cooper, an Emmy Award-winning journalist, asked the question that has plagued many a bar-goer around the world, “What is Jäger?” 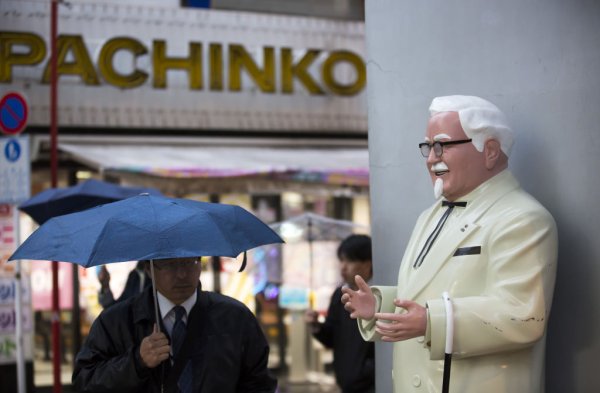