Former Vice President Joe Biden declared Saturday that he would comply with a subpoena to testify before the Senate during President Donald Trump’s impeachment trial, reversing a position he had taken in interviews earlier this month.

Responding to a question at an Iowa town hall, Biden declared, “I would obey any subpoena that was sent to me.” He then added that while he would obey the subpoena, he does not feel that he could provide any evidence that would be relevant to the investigation into the President’s conduct.

Just the day before, Biden had said he would not comply with a subpoena to testify during President Donald Trump’s Senate impeachment trial, should he be served with one.

“The reason I wouldn’t is because it’s all designed to deal with Trump doing what he’s done his whole life: trying to take the focus off him. The issue is not what I did,” Biden said during a meeting with the editorial board of The Des Moines Register.

“This is all about a diversion and we play his game all the time. He’s done it his whole career,” Biden added. The presidential candidate made similar remarks during an NPR interview earlier this month, in which he also took issue with diverting attention away from Trump’s actions.

Speaking then with NPR’s Rachel Martin about the potential of his being subpoenaed, Biden at first appeared to be discounting the topic of discussion as a whole, versus addressing its implications as they related to him specifically. “No, I will not yield to what everybody is looking for here,” he said in response to the question, continuing to explain his stance as, “because no one has a proved one scintilla of evidence that I did anything other than do my job for America as well as anybody could have done it.”

But his answers were couched by multiple outlets as representing his response to a potential subpoena, which The Register noted in its interview also.

The House of Representatives voted to impeach President Donald Trump earlier this month on charges that he abused the power of his office for domestic political advantage and subsequently obstructed Congress’ abilities to hold him accountable. Key to the impeachment proceedings were accusations that Trump linked congressionally-approved foreign aid to Ukraine with an investigation into Biden — a 2020 political opponent. Trump has repeatedly denied doing so, saying on multiple occasions that there was no “quid pro quo.”

Biden’s recent remarks drew sharp criticism for seemingly suggesting that he would choose not to comply with the law by defying a potential subpoena from the Senate. The White House had also been criticized for saying that it would not cooperate with the “partisan” and “unconstitutional “House impeachment inquiry despite subpoenas.

On Saturday morning, Biden took to Twitter to clarify his remarks, emphasizing again that “this impeachment is about Trump’s conduct, not mine.” He did not explicitly reverse his stance, but said that in his four decades in public life, he has “always complied with a lawful order” and in his eight years as vice President, his office “cooperated with legitimate congressional oversight requests.”

Notably, his tweets also argued that there would be “no legal basis” for his being called to testify — an argument in legalese that the White House has also made in its refusal to cooperate with impeachment proceedings. 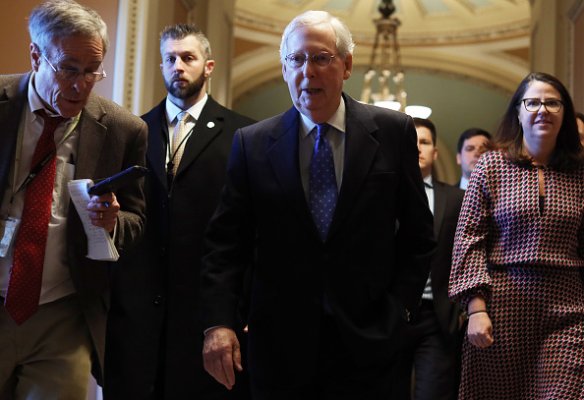 What's Next for President Donald Trump? Here's What Happens in a Senate Impeachment Trial
Next Up: Editor's Pick