Frontier employees and executives physically pull a 46-ton Airbus A320 out of the Frontier Airlines hanger at Denver International Airport in Denver on Sept. 09, 2014.
Kathryn Scott Osler/The Denver Post—Getty Images
By Madeleine Carlisle

In a class action lawsuit filed in the U.S. District Court in Denver on Dec. 16, two women have alleged that they were sexually assaulted on Frontier Airlines flights by fellow passengers — and the airline failed to respond to their requests for help.

The suit, which was first reported by The Denver Post, includes allegations from two women from Denver.

One plaintiff named Lena Ramsay alleges she was assaulted by a male passenger on a Frontier flight from Denver to Providence in October of 2018, according to the lawsuit. She alleges in the suit that she reported the assault to a flight attended who refused to allow her to move to a seat away from her attacker. Ramsay also alleges the flight attendant did not report the incident to anyone or ask that law enforcement be contacted, according to the lawsuit.

The second plaintiff, who is unnamed and referred to as Jane Doe, alleges in the lawsuit she was sexually assaulted by a male passenger on a Frontier flight from Denver to Florida in November of 2018. She says she reported her assault to a flight attendant and alleges the attendant did not report the incident to anyone else or ask law enforcement be contacted, according to the lawsuit. Doe also alleges in the suit that Frontier did not provide her with evidence about the assault, including the name of her attacker or potential witnesses.

The suit alleges Frontier failed to “have and/or follow policies and procedures to prevent, report, and respond to sexual assault of its passengers on its flights.”

“As this involves pending litigation, we are not able to offer comment specific to the claims in the suit,” Jennifer de la Cruz, a Frontier spokesperson said time TIME in a statement. “However, I can tell you that the safety of our passengers and crew members is our number one priority at Frontier Airlines and we have strict policies in place to proactively and appropriately respond to reports of misconduct and alleged crimes.”

The number of sexual assaults reported on commercial flights have increased “at an alarming rate,” the FBI said in 2018. The numbers reportedly increased by 66% from fiscal year 2014 to 2017.

This is the second suit against Frontier Airlines this month. Eight female pilots and flight attendants filed a suit alleging they were discriminated against during their pregnancy and while breastfeeding, per The Denver Post.

In a statement to TIME, de la Cruz denied the allegations. “Frontier Airlines has strong policies in place in support of pregnant and lactating mothers and remains committed to treating all of its team members equally and fairly,” she said. Frontier offers a number of accommodations for pregnant and lactating pilots and flight attendants within the bounds of protecting public safety, which is always our top priority. Frontier denies the allegations and will defend vigorously against these lawsuits.” 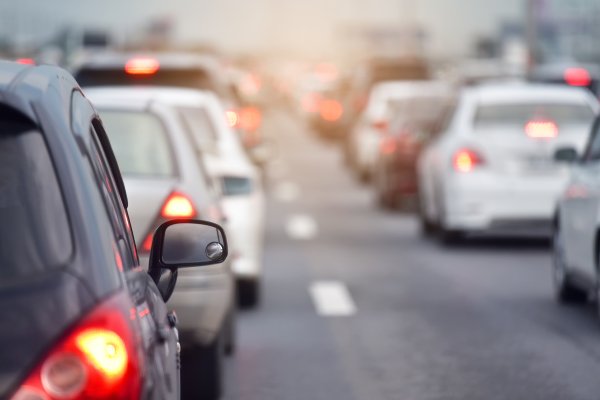