Iranian authorities have shut down mobile internet access across several provinces and security has been heightened in Tehran, the Iranian Labour News Agency reported, as mourning ceremonies approach for protesters killed last month in a government crackdown.

The mourning services are scheduled to begin on Thursday. The independent Shargh newspaper said five unidentified provinces will be subject to the blackout, while ILNA said internet users in those areas will have access to a limited number of state-approved Iran websites and applications.

Social media footage whose authenticity cannot be verified appeared to show an increased presence of security forces and riot police in the capital.

Iran was rocked by protests in November after the government increased gasoline prices by as much as 200% and introduced rationing as the economy struggles under crippling U.S. sanctions. The unrest soon took a broader anti-establishment turn, sparking a violent government crackdown and similar restrictions on internet access. Amnesty International, the London-based human rights group, has said at least 304 protesters were killed, while Reuters, citing unidentified Iranian government officials, has put the figure around 1,500.

Iran has acknowledged its security forces shot and killed protesters, but hasn’t given a toll. It’s called the Reuters number a lie and an exaggeration.

As the mourning ceremonies approach, authorities arrested the family of a 27-year-old man who was killed by security forces in the city of Karaj during last month’s protests.

The mother, father, siblings and cousin of 27-year-old Pouya Bakhtiari were arrested for “instigating counter-revolutionary projects,” according to the semi-official Mehr news agency. They had recently appeared on social media appealing to citizens to join them in a mourning ceremony for their son on Thursday. 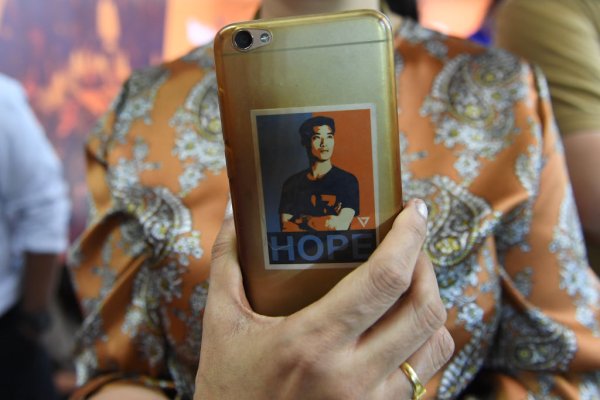 High-Profile Thai Opposition Party Could Be Disbanded in Court Rulings
Next Up: Editor's Pick