Saturday might be the winter solstice, but in Seattle, Wa., the darkest day in recorded history was on Friday. Well, almost.

According to the climate blog of University of Washington Atmospheric Sciences Professor Cliff Mass, Dec. 20, 2019 was the darkest day ever recorded in the 20 years since the school has recorded solar radiation on the roof of the atmospheric sciences building.

“Everything had to be perfect to achieve this depressing record,” Mass explains in the blog. Not only are the days incredibly short because of the almost-solstice, but there have been intense storms around Seattle for days.

Per the National Weather Service, Friday was also the wettest day in Seattle in the past 10 years, and the fifth wettest day on record. The Associated Press reports some areas in the region are at risk for flooding, mudslides and avalanches.

“Today is as bad as it gets around here, when it comes to darkness and gloom,” the blog continues. “You may not see a similarly bad day for the rest of your life if you stay here. But you probably won’t (stay here).” 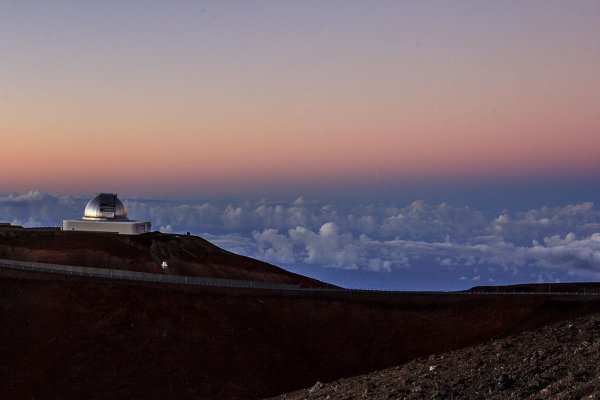 Winter Storm Could Dump 6 Inches of Snow on Hawaii Peaks
Next Up: Editor's Pick