One person is dead and two others are injured after a shooting at an assisted living complex in Westerly, R.I., Thursday morning, state and local police say.

The three victims were all women. Police say 47-year-old Julie Cardinal, a manager at the Babcock Village apartment complex, was found dead at the scene. Robin Moss, 38, also a manager, remains in critical condition as of Friday morning, and Donna Thornley, 66, a resident at the complex, is in stable condition.

The shooter was a 66-year-old male resident of the complex, police told reporters at a press conference Thursday. He was found dead in his residence with a self-inflicted gunshot wound, police said. He has not yet been named by police. Only one weapon was recovered at the scene, but police did not identify the type.

“There’s no ongoing threat to the community at this point,” said Westerly Police Chief Shawn Lacey at the Thursday afternoon press conference.

Rhode Island Governor Gina Raimondo said on Twitter that she is closely monitoring the situation. “I stand with the people of Westerly and all Rhode Islanders in coming together to support the victims and their families during this difficult time,” she wrote.

Westerly Public Schools were on lockdown beginning at 10:30 a.m., according to the school district’s Facebook page. By 12:40 p.m., the district was notified by Westerly Police that it was clear to lift the lockdown.

“Our students and staff could not have been more appropriate in their response to this situation and the Westerly Police were as usual outstanding in their response, communications and support,” wrote superintendent Mark Garceau in the post. 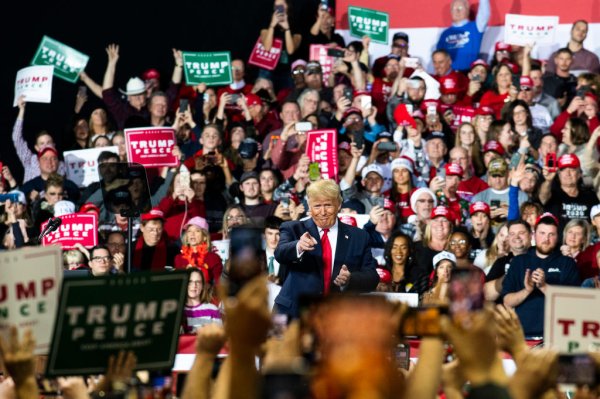 Congressman John Dingell's Widow Hits Back at President Trump's Suggestion He is 'Looking Up' From Hell
Next Up: Editor's Pick