The U.S. Department of Agriculture (USDA) listed ‘Wakanda’, the fictional nation of Marvel superhero movie Black Panther, as a free-trade agreement partner in a bureaucratic mishap.

Until Wednesday afternoon, the fictional east African country was listed on the USDA’s foreign agricultural service’s tariff tracker. A USDA spokesperson said the fictional nation was added to its system by mistake during tests officials were running.

“The foreign agricultural service staff who maintain the tariff tracker have been using test files to ensure that the system is running properly,” Mike Illenberg, a USDA spokesperson, told TIME. “The Wakanda information should have been removed after testing and has now been taken down.”

According to the site, Wakanda’s exports to the U.S. included horses, sheep, goats and turkeys. Wakanda first appeared in the Fantastic Four comic in 1966, and reappeared when Black Panther was adapted into an Oscar-winning film last year.

The mistake was first noticed by Francis Tseng, a fellow at the Jain Family Institute on Wednesday morning when researching how trade deals can affect food distribution in countries listed as U.S. trade partners.

“I definitely did a double take,” Tseng told NBC. “I googled Wakanda to make sure it was actually fiction, and I wasn’t misremembering. I mean, I couldn’t believe it.”

The fictional country was removed from the list after NBC queried the addition. 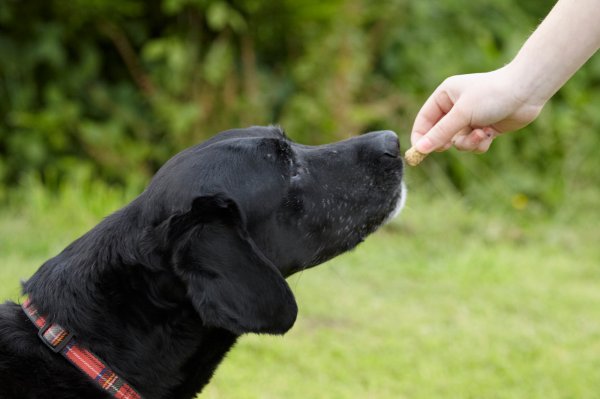 A Sweet Letter Kickstarted a Promising Friendship Between This Dog and Her New Neighbors
Next Up: Editor's Pick