Fallon Sherrock in action during her 1st round game against Ted Evetts during Day 5 of the 2020 William Hill Darts Championship at Alexandra Palace on Dec. 17, 2019 in London, England.
Alex Davidson—Getty Images
By Katie Reilly

Fallon Sherrock made history on Tuesday as the first woman to ever win a match in the male-dominated Professional Darts Corporation world championship.

Darts, a traditional pub game, is also played professionally. In face-off matches, players begin with 501 points and compete to be the first to bring that total to zero by successfully hitting parts of the dart board worth a range of points.

“I’m absolutely over the moon. I mean, I can’t believe I’ve just made history,” Sherrock, 25, said in an interview with the Professional Darts Corporation (PDC) after the first-round match in London, saying she had dreamed of winning but never thought it would happen. “I’m so speechless. I’m just so, so happy and I’m so proud of myself for what I’ve just done.”

Sherrock defeated Ted Evetts, 22, with a score of 3-2. Evetts congratulated Sherrock on her win. “Enjoy it all, more than deserved,” he said in a tweet. “Well done on making history.”

Sherrock is one of only five women to have ever competed in the PDC world championship. In 2018, PDC began reserving two spots for women in the 96-player tournament. (The PDC has only once run a women’s world championship, in 2010; the British Darts Organization, another major darts organization, also runs a separate women’s competition.)

“What I’ve just done tonight — I hope it just proves that women, we can beat the men. We can play well against the men,” Sherrock said. “We just need more opportunities to prove ourselves.”

Sherrock said she plans to auction off the dart board from her historic match to benefit the National Autistic Society in the United Kingdom. She will now move on to the second round of the tournament, competing against Austria’s Mensur Suljovic on Saturday.

The championship final will take place on Jan. 1. 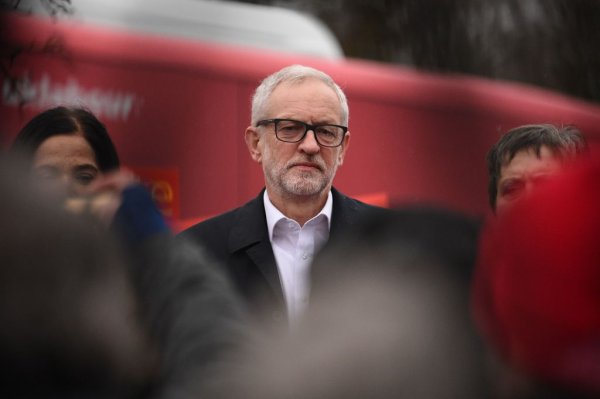 Does the U.K. Election Hold Lessons for the Democrats?
Next Up: Editor's Pick