Following mounting criticism from Survivor fans as to the show’s handling of inappropriate touching incidents during the taping of a recent season, the network said in a statement that “there are things we could have done differently, and we are determined to do better going forward.”

The changes come after a recent episode documented the contestant, Dan Spilo, being removed from the reality competition show. In particular, one of Spilo’s fellow contestants, Kellee Kim, had spoken out repeatedly about how his conduct made her uncomfortable; her disclosures played into very uncomfortable scenes during an earlier episode wherein her complaints were turned against her (and another woman who had supported her) by other players.

Read more: Is Time Up For Survivor? After Sexual Harassment Scandal, a Former Contestant Calls for Change on Long-Running CBS Reality Show

Spilo, a Hollywood talent manager, was removed from the show following a separate, off-camera incident that did not involve a player, according to a title card included in the Dec. 11 episode.

Attempts made by TIME to reach Spilo were unsuccessful; he apologized for his conduct in a statement to People on Tuesday.

“I am deeply sorry for how my actions affected Kellee during the taping of this season of Survivor,” Spilo said. “After apologizing at the tribal council when I first learned that Kellee still felt uncomfortable, I want to make sure I do so again, clearly and unambiguously.”

He added: “I truly regret that anyone was made to feel uncomfortable by my behavior. In my life, I have always tried to treat others with decency, integrity and kindness. I can only hope that my actions in the future can help me to make amends and show me to be the kind of father, husband, colleague and friend that I always aim to be.”

Kim responded to Spilo’s statement with tweets describing it as “curious” in its timing (Survivor‘s finale airs Wednesday evening). She added that, “for me, this statement only underscores the responsibility of CBS and Survivor to take action to prevent anything like this from ever happening again in the future.”

The new policies being implemented on future seasons of Survivor include the addition of an on-site professional to provide confidential means of reporting concerns, an orientation that involves anti-harassment, unconscious bias and sensitivity training and a new rule that forbids unwelcome physical contact, sexual harassment and impermissible biases as part of the competition. Writing for TIME last week, former contestant Angelina Keeley had called for the inclusion of all these protocols.

While the upcoming fortieth season of Survivor has already filmed, CBS says they added guidelines regarding personal space and inappropriate behavior, and how to report any issues, according to the network’s statement. For future seasons, the show’s producers are “reviewing all elements of the show to further support appropriate interaction, including how the players live during, as well as after they are eliminated from, the competition.” 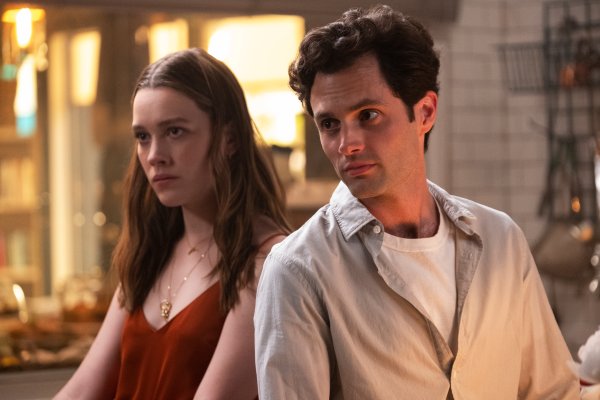 Netflix's Hit Romantic Thriller You Is Back—And It's Not Just for 20-Somethings Anymore
Next Up: Editor's Pick