Greta Thunberg might have been been named TIME’s Person of the Year for drawing global attention to climate change, but the climate continues to speak for itself. Last month was the second-hottest November in recorded history, and 2019 is likely to be the second warmest year ever.

Scientists at the National Oceanic and Atmospheric Administration announced Monday that last month was 1.66 degrees Fahrenheit above the 20th century average, making it the second hottest November since record-keeping began 140 years ago.

And there’s more bad news: 2019 through November has been the second-hottest year on record, and the season (September through November) has been the second-hottest in recorded history. Both the season and the year to date were 1.69 degrees Fahrenheit above average, coming in just behind 2016 and 2015, respectively, and the average sea surface temperature was the second-warmest for the year to date.

Scientists say that record temperatures are yet another sign that the climate is changing, but they’re even more troubling when you look at other recent records. For instance, the five hottest Novembers have all taken place since 2013. In some regions, this was the hottest November in history; Africa, South America and the Hawaiian Islands all experienced their hottest Novembers on record.

Ahira Sanchez-Lugo, a NOAA climatologist, said that there is an 85% chance that 2019 will be the second-warmest year on record. This year was warm, in part because there was an El Niño climate phenomenon, which causes temperatures to rise. However, Sanchez-Lugo says that climate change makes this effect even more extreme.

She explained that while rising temperatures due to climate change are like riding an escalator — slowly but steadily increasing — an El Niño is “as if you’re jumping on the escalator.”

High temperatures can also cause a domino effect on the environment. For instance, sea ice coverage reached near-record lows in the Arctic and Antarctic this November. Without sea ice covering its surface, the ocean absorbs solar radiation and becomes warmer, and some research suggests that receding sea ice can also lead to higher snowfall, says Sanchez-Lugo.

Many record temperatures were set in 2019. This November follows the second-highest October on record, and the month before that tied the warmest September on record. And during July — the hottest month ever recorded globally — regions from the United States to Europe were plagued by oppressive heatwaves. 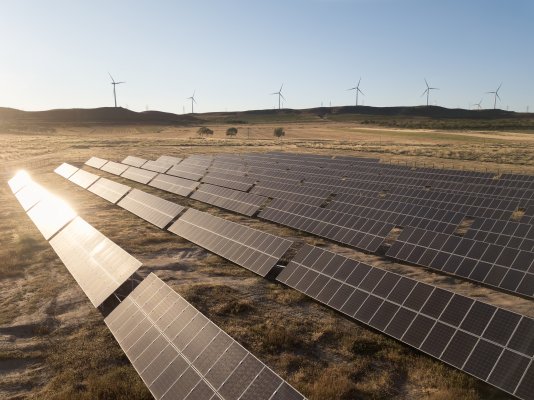 How an Obscure Part of the Paris Climate Agreement Could Cut Twice as Many Carbon Emissions — Or Become a 'Massive Loophole' for Polluters
Next Up: Editor's Pick