What Happens Next in the U.K. After the Election

Prime Minister Boris Johnson arrives back at 10 Downing Street after visiting Buckingham Palace where he was given permission to form the next government during an audience with Queen Elizabeth II on Dec. 13, 2019 in London, England.
Stefan Rousseau —Getty Images
Ideas
By Ian Bremmer
Bremmer is a foreign affairs columnist and editor-at-large at TIME. He is the president of Eurasia Group, a political-risk consultancy, and GZERO Media, a company dedicated to providing intelligent and engaging coverage of international affairs. He teaches applied geopolitics at Columbia University’s School of International and Public Affairs and his most recent book is Us vs. Them: The Failure of Globalism.

There are political wins, and then there are political triumphs. Boris Johnson and his Conservatives pulled off the latter as they demolished their fractured opposition to gain 47 seats and an absolute majority in Commons. Just as important as the majority they secured was the mandate they got from the British people to pursue their Brexit strategy.

In case you hadn’t noticed, the U.K. has been politically paralyzed ever since it voted to Brexit in June 2016. This was the country’s third general election in four years, and given the size of Johnson’s victory, it’s the first to provide any clarity on where the Brexit process goes from here. With a Commons majority firmly secured, the U.K. finally has a government empowered enough to take the difficult decisions needed—balancing the conflicting concerns of a domestic British audience against those of lawmakers in Brussels—to “get Brexit done.” While there remain plenty of people on both sides of the Channel who think Brexit remains a colossal mistake, the last three and a half years of political limbo have convinced most Britons that movement in any direction is preferable to the current “will-they or won’t-they” status quo.

Someone who didn’t get that message is Labour leader Jeremy Corbyn, who instead of running on a clear Brexit platform opted to instead march into political battle with the promise of more negotiations, another referendum, and months/years more of political uncertainty over what form Brexit can or should take. Not helping matters were the party’s radical leftist economic proposals and continued allegations of anti-Semitism, all of which combined to give Labour its worst showing in more than 80 years.

After a decade of austerity politics, the mismanagement of the entire Brexit process and a series of underwhelming Conservative prime ministers, the Labour party should have run the table this election. Instead, they now enter existential crisis mode as they figure out what comes next. Corbyn has already announced plans to resign as Labour leader, the only good piece of news Labour supporters got this week.

Brexit is what happens next; mark your calendars for January 31, 2020, when the U.K. formally leaves the EU but continues to abide by EU rules while new trade deals and arrangements between the sides are hammered out in the “transition” phase. The scale of the Conservative victory means Johnson has more freedom to ignore the extremist elements in his own party who were pushing for a decisive “hard” break with the EU; it also means he doesn’t need to be overly conciliatory to more pro-EU elements in Parliament to cobble together a majority to vote through the deal he has already negotiated with Brussels. It’s possible we see a small cabinet reshuffle in the coming days or weeks, followed by a larger one after January 31st.

A victory of this size doesn’t mean Johnson gets to simply do whatever he wants when it comes to Brexit, or even domestic policy for that matter—many of the new seats the Conservatives picked up were formerly held by Labour MPs, and they would very much like to keep those seats in the Conservative fold. And since a portion of those seats are from the North and Midlands that represent large manufacturing bases that rely heavily on low-barrier trade with the EU, signs are now pointing to a somewhat “softer” Brexit. Johnson had promised on the campaign trail that he will not extend the transition period in any way past December 2020, but his party’s over-the-top performance means that he has that option available to him should it come to that.

Johnson has announced that he plans to rule as a “one-nation conservative” going forward, but that is going to be complicated by the Scottish National Party’s (SNP) impressive showing as well, taking 48 of the 59 seats in Scotland that were being contested. Scotland voted 62-to-38 to remain in the EU in the Brexit referendum back in 2016, and the party’s leader Nicola Sturgeon has already begun setting things in motion to hold another Scottish independence referendum as a way to remain in the EU. That’s still a ways away, as any referendum on Scottish independence requires the sign-off of U.K. leadership, but it is now a distinct possibility. And as Johnson’s Brexit agreement with the EU has left Northern Ireland–another of the U.K.’s constituent parts—aligned with EU rules and regulations on food and manufacturing products, there are also worries that Northern Ireland may one day want to bolt as well.

Dissatisfaction with Jeremy Corbyn going into elections stood at 76 percent according to Ipsos Mori, making him the least popular opposition leader the firm had ever polled in its history… and explains why Labour just posted its worst showing in 80-plus years. This week’s election results were as much about Corbyn’s failure as Johnson’s triumph. TBD what lesson each party takes away from that.

“Boris Johnson has a mandate to take England out of the EU but he must accept that I have a mandate to give Scotland a choice for an alternative future.” –Nicola Sturgeon, SNP leader. The political drama in the UK continues.

For all the ridicule Boris Johnson has received both before and during his premiership—much of it well deserved—he has proven himself to be exactly the kind of ideologically flexible politician that the U.K. needed to break the Brexit impasse.

People will try to take lessons from the U.K. elections and apply them to U.S. politics. Don’t be one of those people—Brexit is a particularly unusual political dilemma with no parallel in US politics, and Jeremy Corbyn makes Bernie Sanders look like Tony Blair in comparison. 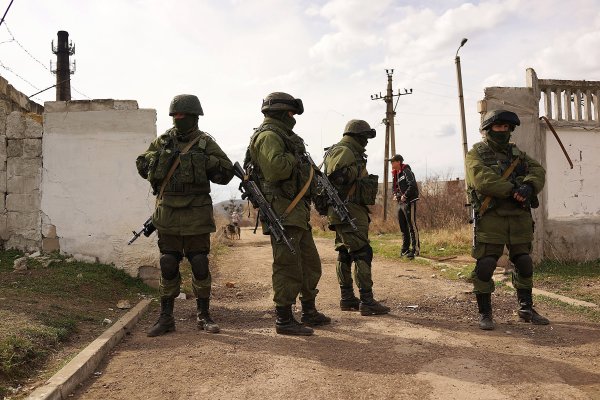 Trump’s Actions in Ukraine Weren’t Just Wrong, They Were Dangerous
Next Up: Editor's Pick