Internal Revenue Service official Lois Lerner refuses to answer questions as the House Oversight Committee holds a hearing to investigate the extra scrutiny the IRS gave Tea Party and other conservative groups that applied for tax-exempt status, on Capitol Hill in Washington, D.C., on May 22, 2013.
J. Scott Applewhite—AP
By Denver Nicks

House Republicans voted Thursday to hold in contempt of Congress the former IRS official at the center of a scandal over the tax agency’s alleged targeting of conservative groups.

House Oversight and Government Reform Committee voted along party lines to approve a resolution recommending Lois Lerner be held in contempt of Congress. Lerner, who oversaw the IRS division in charge of vetting applications for groups seeking tax-exempt status, came under fire when she admitted the agency had given scrutiny to requests from conservative political groups. The ensuing scandal briefly buffeted President Barack Obama in the early days of his second term, but ultimately fizzled without evidence of a connection to the White House and with revelations that liberal groups were also given scrutiny. Republicans have sought to keep the issue alive, though, and committee chairman Darrell Issa (R—Calif.) has sought to compel Lerner to testify about the matter, rejecting her claim to Fifth Amendment protections.

“We need Ms. Lerner’s testimony to complete our oversight work to bring the truth to the American people,” Issa said Thursday. “Why did she do certain things and who else was involved? … The American taxpayers certainly don’t get to plead the Fifth and escape all accountability when the IRS audits them.”

“Today this committee is trying to do something even Joe McCarthy did not do in the 1950s, something almost unprecedented,” Cummings said before the vote.

The outcome of Thursday’s vote was all but predetermined, as Issa’s GOP-controlled committee has been divided along the issue along stark partisan lines. The full House will have to vote on the contempt citation, but even if that passes it’s unclear if Attorney General Eric Holder would take any action.

The tax-writing House Ways and Means Committee sent a letter Wednesday recouting Lerner’s alleged crimes and insisting the Justice Department has “a responsibility to act, and Lois Lerner must be held accountable.” 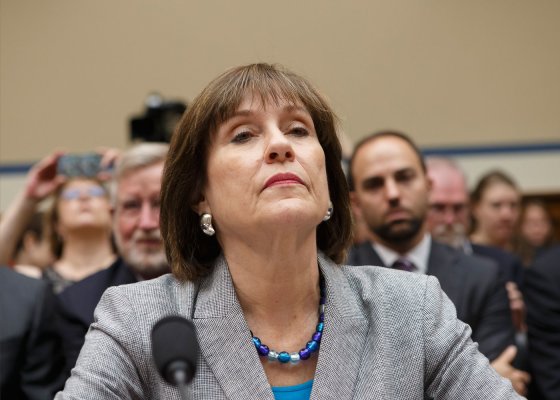