At Least 250 Journalists Have Been Imprisoned in 2019 and China Is the Top Jailer, CPJ Says

Journalist Nazli Ilicak smiles next to her son Mehmet Ali Ilicak after being released from prison in Istanbul on Nov. 4, 2019.
DHA/AP
By Amy Gunia

At least 250 journalists were imprisoned in relation to their work last year, with China and Turkey topping the list of the world’s leading jailers, according to an annual survey complied by the Committee to Protect Journalists.

After China and Turkey, Saudi Arabia and Egypt were the worst jailers, the report found. Of those jailed, 98% were local journalists covering news in their home countries, and 27% were held without charges.

“The imprisonment of a single journalist is a terrible injustice that has far-reaching consequences for families, friends, and colleagues,” Joel Simon, executive director of Committee to Protect Journalists (CPJ), said in a statement. “But the imprisonment of hundreds of journalists—year after year—is a threat to the global information system on which we all depend.”

“Repressive governments are using these cruel tactics to deprive their own societies and the entire world of essential information,” Simon says.

As of Dec. 1 2019, China was the top jailer, with 48 journalists behind bars, according to the CPJ. Those jailed include Sophia Huang Xueqin, a #MeToo activist in China, who was arrested after writing about her experience attending pro-democracy protests in Hong Kong. She has been charged with “picking quarrels and provoking trouble,” a charge commonly used to silence dissenters in the country.

The survey found that others in China were arrested for work in the far northwestern province Xinjiang, where the estimated detention of more than 1 million Uighurs, Kazakhs and other Muslims has prompted increasing international pressure on Beijing. The report alleges that editors who had retired over a decade ago were arrested for publishing work related to politics, legal and demographic developments in the region.

Chinese President Xi Jinping has cracked down on all forms of dissent during his tenure, including jailing journalists, lawyers and human rights activists.

Across the continent in Turkey, 47 journalists were jailed this year. The report notes that 2019 marks the first time in four years that Turkey is not the worst offender on its list. But CPJ says this results from a successful government campaign to eliminate independent reporting. President Recep Tayyip Erdoğan’s administration has closed over 100 news outlets and silenced journalists with terror-related charges, according to the CPJ.

Saudi Arabia and Egypt both imprisoned 26 journalists, reports CPJ. The non-profit alleges that several journalists in Saudi Arabia were subject to torture as Crown Prince Mohammed bin Salman continued his crackdown on dissent.

In Egypt, a wave of arrests occurred ahead of anti-government protests in September, CPJ says. One journalist, an award-winning photographer Mahmoud Abou Zeid, known as Shawkan, was included on the list of jailed journalists. According to CPJ, although Shawkan has officially been released, authorities make him check in at a police station every night, and have allegedly forced him to stay in prison each night since he was supposedly freed in March.

In sub-saharan Africa, Eritrea was the worst offending country, with 39 imprisoned journalists.

Read More: These Are the 10 ‘Most Urgent’ Threats to Press Freedom in December 2019

The report found that the number of journalists held worldwide in relation to “false news” charges has increased. In 2019, 30 journalists were in jail on charges related to spreading false news, compared to 28 last year.

Earlier this year, Russia and Singapore joined the list of countries enacting fake news laws to criminalize the publication of false information, but critics fear the provisions will be used as a tool to silence dissent. 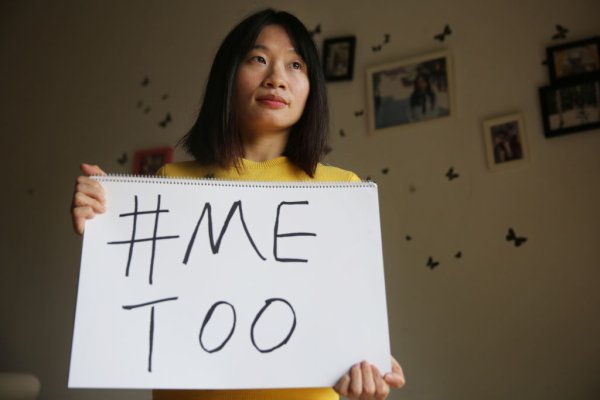 These Are the 10 'Most Urgent' Threats to Press Freedom in December 2019
Next Up: Editor's Pick