Considering the stakes, the long-awaited report from the Justice Department’s Inspector General did not offer the kind of closure that many might of hoped. Instead, it was more of a mixed bag: It did not find evidence of political bias influencing the origins of the FBI investigation into the Trump campaign, but it did find serious flaws and inaccuracies in applications for surveillance on a Donald Trump campaign aide.

That nuance speaks to IG Michael Horowitz’s long career known for even-handedness. But in Washington’s current political stalemate, it rendered the report, more than a year in the making, into a kind of tabula rasa, ripe for politicization by Democrats and Republicans alike. When Horowitz appeared before the Senate Judiciary Committee on Wednesday, members of both parties seemed to be talking past each other as they spoke, highlighting entirely different findings from the report and leaving with fundamentally incompatible takeaways about the FBI’s Russia inquiry.

Senator Lindsey Graham of South Carolina, the top Republican on the committee, opened the hearing with a lengthy invective against the FBI based on findings in the report. He invoked notorious former FBI Director J. Edgar Hoover, he read the damning anti-Trump text messages between FBI agent Peter Strzok and lawyer Lisa Page that prompted Horowitz to look into the origins of the investigation, and he said he may no longer support the Foreign Intelligence Surveillance Act (FISA) Court without serious reforms. “It doesn’t take much to open [a counterintelligence investigation],” Graham said. “And the worst thing that can happen is for people to open one up whose real purpose is not to protect an American, but to surveil them.”

During his testimony, Horowitz reiterated his findings that there were major faults in the FISA applications the FBI submitted to surveil Carter Page. “I think the activities we found don’t vindicate anybody who touched this FISA,” he said.

But in the report, which was released Monday, Horowitz had also found that the FBI had enough justification to open its investigation into the Trump campaign’s connections with Russia in 2016, and he did not find evidence that the decision to begin the investigation was tainted by political bias. While Senate Republicans focused on failings in the FISA application process, Democrats amplified Horowitz’s findings that the beginning of the probe was legitimate.

“This was not a politically motivated investigation. There is no ‘Deep State’,” California Sen. Dianne Feinstein, the top Democrat on the committee, said. “The FBI’s motivation was motivated by facts, not bias.” Feinstein also said that it’s “time to move on from the false claims of political bias.” Committee Democrats also pointed out that, along with the anti-Trump text messages exchanged between Strzok and Page, Horowitz had found pro-Trump messages between FBI employees as well.

Despite statements from Attorney General William Barr and Connecticut U.S. Attorney John Durham disputing the justification for the probe, Horowitz said Wednesday “we stand by our finding” that there was “actual factual predication” for opening the Russia investigation into the Trump campaign.

But Trump has made it clear that he’s not ready to move on from his view that there was damaging bias against him in the FBI. After FBI Director Christopher Wray accepted Horowitz’s findings and pledged to implement reforms at the FBI, Trump tweeted, “I don’t know what report current Director of the FBI Christopher Wray was reading, but it sure wasn’t the one given to me. With that kind of attitude, he will never be able to fix the FBI, which is badly broken despite having some of the greatest men & women working there!”

It wasn’t exactly surprising to see such polarized reactions to the report, released the same week that House Democrats officially announced articles of impeachment against President Trump. As both political parties posture furiously over an impeachment that seems bound to pass along almost entirely partisan lines, the nuanced report about FBI conduct presents a political opportunity for Republicans and Democrats alike, and its competing interpretations are likely to come up again — and again — as election season heats up next year.

Republican Sen. Mike Lee of Utah adopted a bewildered stance about the disconnect in reactions to the report at the beginning of his questioning. “It almost makes me wonder,” Lee said, “if those who are making this argument have read the same report.” 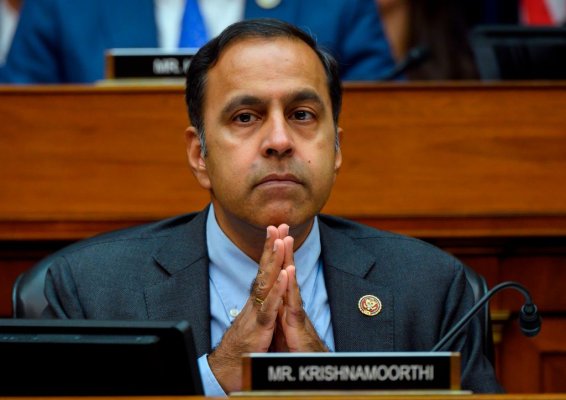 The D.C. Lawmaker Going Toe to Toe With Big Vape Never Planned to Be in This Fight
Next Up: Editor's Pick