See the 25 New Additions to the National Film Registry, From Purple Rain to Clerks

Prince’s Purple Rain, Spike Lee’s She’s Gotta Have It and Elaine May’s A New Leaf are among the new entries to the Library of Congress’ National Film Registry, which adds 25 films every year. The selections were announced Wednesday for being “culturally, historically or aesthetically” significant—and reflect an emphasis on increased representation.

Founded in 1988, the National Film Registry has acted as a hall of fame of sorts for influential American movies, with the original crop consisting of standard canonical material like Casablanca, Citizen Kane and Gone With the Wind. Over the last few years, however, articles have been written about the list’s relative lack of diversity; Last year, 52 of the registry’s total of 750 films were directed by women, while only 36 were made by filmmakers of color, according to the New York Times and Refinery29.

The numbers are perhaps unsurprising given that women and people of color have faced so many obstacles to making films in Hollywood over the last century. But the registry board strove to make the list more representative of a wider spectrum of American life, and two years ago formed a task force on diversity, equity and inclusion.

“The board has been asking, ‘How many more John Ford or Albert Hitchcock films do we put on the registry?,” Professor Jacqueline Stewart, who was tapped to chair the task force, told TIME. “It seems like we’ve covered a lot of those bases—and because of the sheer number of films on the registry, we absolutely have to broaden our horizons, and engage with archives and film critics and scholars and the American public to help us bring a wider variety of films into view.”

Because so few feature films across American history were led by women or people of color, Stewart and her team worked to identify less traditional filmmaking efforts. That included footage of the botanist and inventor George Washington Carver at the Tuskegee Institute in 1937, as well as the documentary Before Stonewall, directed by Greta Schiller, which looks back the LGBTQ community in 20th-century America before the 1969 Stonewall riots.

“One of the things we uncovered when we looked at the registry is that we have a long way to go in terms of reflecting LGBTQ+ experiences,” Stewart said.

This year’s list of additions, which was ultimately chosen by the Librarian of Congress Carla Hayden, includes seven films by female directors, the highest number of any registry class. A New Leaf, which made Elaine May the first woman to write, direct and star in a major American studio feature in 1971, was added, as was Kimberly Peirce’s 1999 Boys Don’t Cry, which stars Hilary Swank as a trans man.

Films made by people of color include She’s Gotta Have It, Spike Lee’s first feature-length film that was recently adapted as a television series for Netflix, and Luis Valdez’s Zoot Suit.

Also of note is black-and-white footage that shows immigrants arriving at Ellis Island in 1903. That video can be viewed here. 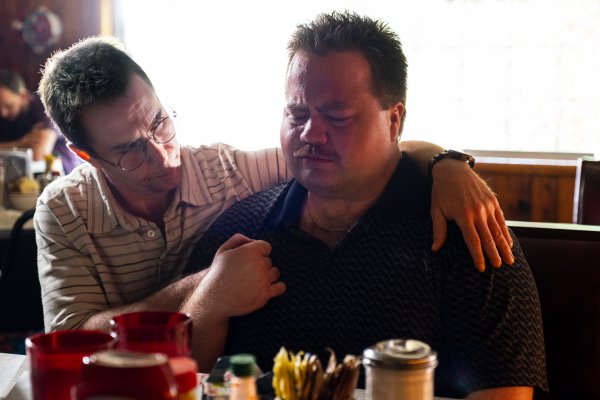 Clint Eastwood’s Richard Jewell Tries to Raise Up the Little Guy. But It Takes Unnecessary Shots in the Process
Next Up: Editor's Pick