Dr. Lisa Sterman holds a Truvada pill at her office in San Francisco on May 10, 2012.
Jeff Chiu—AP
By Tara Law

Advocacy groups are urging Facebook to remove advertisements that they say unfairly infer that the HIV/AIDS prevention Truvada PrEP (pre-exposure prophylaxis) is dangerous, an allegation they say could endanger the people who are most at risk of contracting the disease.

More than 50 HIV/AIDs, LGBTQ and public health advocacy groups released a letter on Monday asking Facebook and Instagram to remove the ads from their platforms.

The ads referred specifically to “Truvada PrEP” (the brand name for one of the medications, dtenofovir disoproxil fumarate, used as PrEP) and in some cases more generically to “PrEP.” There is another PrEPdrug, Descovy (tenofovir alafenamide), which was approved in 2019.

Common side effects for Truvada include stomachaches, headaches and weight loss in some patients, according to Gilead, the biotechnology company that makes both drugs. Descovy has similar side effects, although adverse reactions may be somewhat less likely, Gilead claims. For HIV negative people, PrEP can reduce the risk of infection during sex by 99% when used daily, according to the U.S. Centers for Disease Control and Prevention (CDC).

In their letter, advocates say that law firms have been targeting the ads toward members of the LGBTQ community, seeking clients who have had more serious side effects from Truvada PrEP, such as damage to their kidneys and loss of bone density. The letter argues that the ads have caused “significant harm to public health” by sowing concerns about the safety of the drug in the LGBTQ community, even though the drug is considered a safe and effective means of reducing the risk of infection.

Kidney issues and bone density issues are also “known possible risks” of Truvada, says Dr. Joyce Jones, assistant professor of medicine at Johns Hopkins University School of Medicine. However, Jones adds, “if [patients] are otherwise healthy, and otherwise don’t have a preexisting problem that would increase their risk for a kidney or bone issue, the risk is relatively low. It’s still something that we need to monitor, but in general people do quite well on Truvada,” says Jones. (She also notes that the newer drug, Descovy, has a lower risk of bone density and kidney issues.)

“By allowing these advertisements to persist on their platforms, Facebook and Instagram are convincing at-risk individuals to avoid PrEP, invariably leading to avoidable HIV infections,” the letter says.

Broadly, doctors say more people who are at risk for contracting HIV should be on a PrEP regime. The CDC warned earlier this year that efforts to combat HIV have “stalled” as the disease continues to infect 39,000 people in the U.S. each year; the agency announced in February that encouraging the use of PrEP was part of its strategy to curb the disease’s spread.

“Unnecessarily scaring people from PrEP [is] taking away from these efforts to end the HIV epidemic in the U.S,” says Jones. “PrEP is not being accessed in the way that it should.”

Rich Ferraro, the chief communications officer for national LGBTQ advocacy group GLAAD, says that he has been corresponding with Facebook for a few months, urging the social media giant to remove the ads to no avail. His concern is that the ads are reaching men limited access to information about HIV/AIDS and prevention. “Oftentimes, LGBTQ people are not able to or are not comfortable asking their doctors about HIV/AIDS, so they go online for information. And they’re finding these ads directly on their Facebook feeds,” says Ferraro.

Peter Staley, an HIV/AIDS activist and a cofounder of PrEP4All, describes PrEP as like a “miracle drug;” an essential tool for preventing infections. He fears that the ads are eroding years of public health advocates’ work to encourage the use of Truvada since the drug was approved by the U.S. Food and Drug Administration in 2012.

“This is what we fought for,” says Staley. “And to have a corporate behemoth ignore us and dismiss our concerns reminds me of the walls of intransigence that we hit in the 1980s from the U.S. government and the mainstream press. They just didn’t care that the disease was spreading. And they’re hiding behind obscure advertising policies and third party institutions that really know nothing about the complexities of HIV treatment.”

Ferraro argues that the ads are a clear violation of Facebook’s ad policy, which prohibits “deceptive, false, or misleading claims” about health products. Advocates say Facebook should treat these PrEP lawsuit solicitations the same way it has treated false claims that vaccines are dangerous: by listening to healthcare experts and taking them down.

However, Facebook argues that, by its standards, the PrEP ads are not in the same category as the anti-vaccine ads. “We value our work with LGBTQ groups and constantly seek their input. While these ads do not violate our ad policies nor have they been rated false by third-party fact-checkers, we’re always examining ways to improve and help these key groups better understand how we apply our policies,” a Facebook spokesperson said in a statement.

Jones believes that Facebook has a responsibility to make sure that it’s not permitting ads don’t cause unnecessary “fear-mongering,” she says. “In this new age of social media, having accurate information is the responsibility of these platforms.” 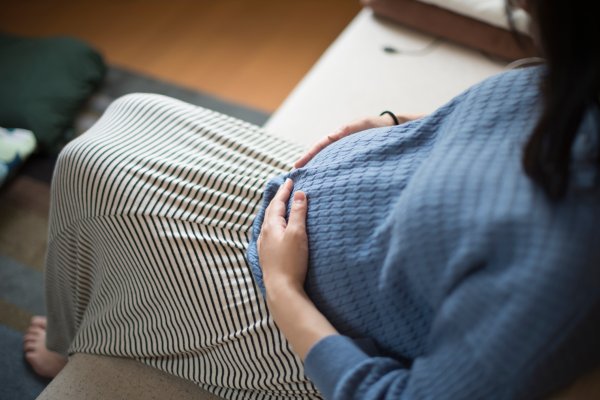 Many Pregnant Women Live Too Far From a Doctor to Get Regular Care. Here's How Technology Can Help
Next Up: Editor's Pick