How the Meaning of the Nobel Peace Prize Has Evolved

On the first or second Friday of October, the chair of the Norwegian Nobel Committee announces who will receive this year’s Peace Prize. The Grand Hall at the Nobel Institute is full of journalists representing almost the entire world. As soon as the laureate’s name is announced, leading politicians and journalists start commenting on the Nobel Committee’s choice. Some will say it was a good decision, others will wonder what the committee was thinking. However, what is striking is just how interested the world is in what the committee decides. The whole procedure is then repeated on December 10, the date on which Alfred Nobel died in 1896, when the prize is actually awarded in the Oslo City Hall. This year the prize goes to Abiy Ahmed, the prime minister of Ethiopia, for his efforts to bring peace to North East Africa and democracy to Ethiopia.

There have never been more nominations for the Peace Prize, with a gradual increase in recent decades. In 1904, the first year for which a full list of the nominees is available, 22 people were nominated for the prize; in 1961 this number had increased to 42, in 1991 to 79. In 2016 there were 376 nominees. The figure increases almost every single year. It is common to have major petitions for various candidates. The record is over 700,000 signatures in support of Bishop Ruiz in South Mexico, who did not receive the prize. The number of media articles has skyrocketed. Every year in my 25 years as Director of the Norwegian Nobel Institute, it has taken me longer and longer to go through the growing pile of cuttings from all over the world.

There have been many high-profile laureates in the last 25 years. This has likely increased people’s awareness of the prize. At the same time, there have been many unknown recipients. I remember the prize from 1995, when almost none of the journalists present knew anything about Joseph Rotblat and the Pugwash Conferences. In 2006, the same happened with Muhammad Yunus, not to mention the Grameen Bank. Many of the journalists thought Grameen Bank was the name of a person receiving the prize alongside Yunus. Such prizes for relatively ordinary people are almost always popular in Norway. We value the “esteemed common man,” or as one journalist wrote, the “fortuitous common man.” I actually think that the possibility of relative unknowns receiving the prize has also contributed to the status of the prize. We never know who will receive the prize.

It is sometimes claimed that the committee has greatly expanded Alfred Nobel’s peace concept in the last 25 years. This is only partly correct. Humanitarian work was included as early as in 1901, in the first year of the prize, when it was awarded to the founder of the Red Cross, Henri Dunant. The next “expansion” was the inclusion of human rights, and there are many potential candidates who could be considered the first laureate in this category. The first clear human rights prize went to Albert Lutuli in 1960, so this is not anything new either.

What is new is that environmental work is now included in the peace concept. Several people have asked what the environment really has to do with Alfred Nobel’s will. However, it is not difficult to link the two. Alfred Nobel’s first criterion for the prize was “fraternity between nations.” In my opinion, you would be hard pressed to find a clearer example of fraternity between nations than the attempts to save our planet from global warming. To do this, we all need to unite to achieve a common goal. Nobel’s third criterion, “the holding of peace congresses,” can in itself also be said to be met in the form of the extensive environmental diplomacy taking place on many levels to save our planet. As I see it, this is an excellent example of how the committee responds to modern challenges while also remaining loyal to Nobel’s will. Anything else would quickly contribute to the growing irrelevance of the Peace Prize

Most peace prizes imbue elements of both the past and future. An achievement must form the basis of the award, but the committee also hopes that the prize will contribute to new results in the future. This is not anything new either. Many of the very first prizes went to peace activists with a very limited influence on the politics of their time. This was the committee’s way of expressing that it hoped their ideals would be of great influence going forwards. Some people have argued that the committee should not award any prizes until the historical process, for example in the Middle East, is complete. But history has no end. It goes on and on. 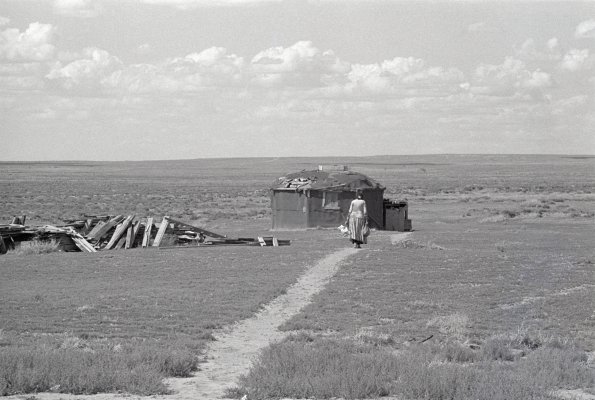 A 1970 Law Led to the Mass Sterilization of Native American Women. That History Still Matters
Next Up: Editor's Pick