Why Military Bases Have Proved Vulnerable to Mass Shootings

Florida State Troopers block traffic over the Bayou Grande Bridge leading to the Pensacola Naval Air Station following a shooting on Dec. 06, 2019 in Pensacola, Florida. The second shooting on a U.S. Naval Base in a week has left three dead plus the suspect and seven people wounded.
Getty Images
By Josiah Bates

Two fatal shootings in one week at military installations in the United States have led to questions regarding the security measures in place at military bases across the country.

The latest shooting happened on Friday at a Naval Air Station in Pensacola, Fla. Three people were killed, and many more wounded, after a gunman opened fire in a classroom on the base. It was the second shooting a military base in three days; on Wednesday, a shooting at the Pearl Harbor Naval Shipyard in Hawaii left two people dead and a third wounded.

The two shootings — and others, including a mass shooting in 2009 at Fort Hood in Killeen, Texas that claimed 13 lives — show that military bases are vulnerable to armed attackers in similar ways to other sites targeted by shooters, such as schools, movie theaters and workplaces.

“You have grocery stores, schools, houses and places where people go to work. The only people that have armed weapons are designated personnel [like military police],” Deguzman tells TIME. “Life on a base is really like [life in] a normal city, just gated.”

[An] active shooter is something that is very in the front of our minds,” Capt. Tim Kinsella, the commanding officer at the Pensacola station, said at a press conference on Friday. According to Capt. Kinsella, guns were banned in the facility where the shooting happened. (As of Friday afternoon, officials at the base have not released any information about how the shooter was able to bring a firearm into the classroom.)

The 2009 Fort Hood mass shooting is considered to be the deadliest shooting to occur on a military base. 13 people were killed, while another 30 were left injured. Five years later ,another shooting happened at the Fort Hood base, when a gunman went on a shooting spree killing three people and injuring 14. The shooter then killed himself.

In 2013, 12 workers at the Washington Navy Yard in Washington, D.C. were killed by a military contractor, who was later killed by security officials. And in 2015, two military installations in Chattanooga, Tenn., were attacked by a gunman who killed four people before he was shot by police.

Capt. Kinsella said that military personnel and civilians at the Pensacola base train regularly to prepare for potential shootings. “Security is ever-changing and ever-evolving…we look at lessons learned from this and if necessary we will [make changes],” Kinsella said at the press conference. “I’m very very proud of the response of my security department…I think it could have been a lot lot worse.”

He did not offer any specific details regarding the base’s security plans.

Deguzman adds that the military needs to continue to educate the public and their own personnel on warning signs that could prevent mass shootings from happening.

“The military has always been dialed-in, and systematic in how they respond to these types of incidents,” Deguzman says. “Everybody needs to be aware of what’s going on around them so the signs can be identified beforehand.” 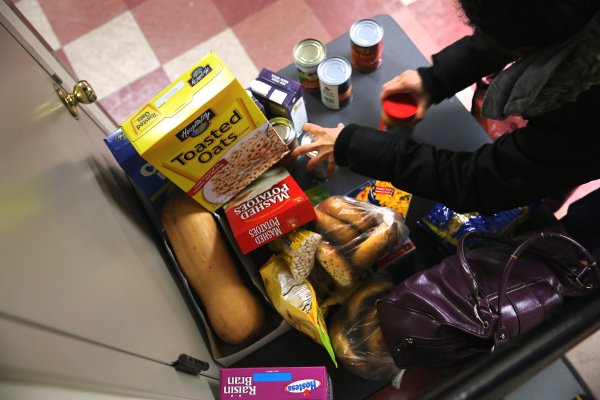 Trump Administration’s New Food Stamp Rule: What to Know
Next Up: Editor's Pick