As House Judiciary Takes Control of Impeachment Hearings, All Eyes Are on Jerry Nadler

As the House Judiciary Committee kicks off its first impeachment proceeding on Wednesday, Rep. Jerry Nadler once again finds himself in the spotlight. Last time, he was at the center of Congressional probes relating to Special Counsel Robert Mueller’s report into Russian interference in the 2016 election. Now he faces an arguably bigger challenge: convincing the public to unify around impeachment as he leads one of the most partisan committees in Congress.

But within the caucus, the new set of hearings represent a chance for Nadler to reclaim a starring role in the drama that is the Trump impeachment saga.

When former presidents Bill Clinton and Richard Nixon were facing impeachment, the process in the House of Representatives was largely helmed by the Judiciary Committee. And for the first half of the year, when it was still unclear if Democrats would move ahead on impeachment, it was Nadler who became the public face of Democrats’ oversight probes into the Trump administration. Then his committee was effectively sidelined, after House Speaker Nancy Pelosi officially announced the inquiry on September 24th. The House Permanent Select Committee on Intelligence, along with the committees on oversight and government reform and foreign affairs, spearheaded the inquiry, and Rep. Adam Schiff, the Chair of the Intelligence Committee and a Pelosi protege, became the public face of the probe.

On the face of it, delegating control to Schiff appeared to be a matter of jurisdiction; it was his committee who had been notified about the complaint from the whistleblower detailing allegations of Trump’s July phone call with Ukrainian President Volodymyr Zelensky. The three committees that led the inquiry had already opened a joint probe into whether Trump and his personal attorney Rudy Giuliani pressured Ukraine.

But there was a palpable sense of relief among some Democratic members in the caucus that the historically polarized Judiciary Committee, who some thought muddled early impeachment messaging and made it inherently partisan, was temporarily out of the limelight.

House Judiciary Committee Democrats, led by Nadler, had kicked off the year by launching an expansive investigation into whether President Trump abused the power of his office. After Special Counsel Robert Mueller released his report on Russian interference in the 2016 election, Nadler’s profile intensified as his committee staff battled the Department of Justice for the redacted grand jury materials and negotiated the terms for Mueller’s appearance on Capitol Hill in July. It was the Judiciary Committee that issued subpoenas to top Trump associates Attorney General William Barr and former White House Counsel Don McGahn, and which held Barr in contempt when he refused to provide the full, un-redacted version of the Mueller report and filed a lawsuit to enforce the subpoena against McGahn.

The committee has succeeded with their court cases to enforce McGahn’s subpoena and obtain the grand jury materials, with judges ruling in their favor in both instances. But those rulings were only handed down in the last several months, and the administration has challenged both of them. As the bulk of the committee’s requests went ignored by the White House this spring, several Democratic members on the committee—many of whom hail from blue districts—began to push for an impeachment inquiry, putting them at odds with House leadership and more moderate members who feared an inquiry could cost them the majority.

Nadler tried publicly to tow the party line of putting fact-finding before moving ahead on impeachment, but privately relayed his committee members’ beliefs to Pelosi that an inquiry could be beneficial to stopping the White House obstruction of their probes. By July, part of the committee’s justification in its legal quest to receive Mueller’s grand jury material was that they were investigating whether to recommend articles of impeachment, even as Pelosi continued to resist that line. “We have the power to vote articles of impeachment and we are investigating now to get the evidence to decide whether to do so,” Nadler said on CNN this past August. “We are not waiting on anything from the House Speaker,” he added, insisting Pelosi had been cooperative in the process.

Although aides said Pelosi had signed off on that language, it wasn’t until September that she threw her support behind an official impeachment inquiry. And her public reasoning for it was based on the allegations raised by the whistleblower that Trump had leveraged the power of the presidency to push Zelensky to investigate Biden. “…The President has admitted to asking the President of Ukraine to take actions which would benefit him politically,” she said on September 24th. “The actions of the Trump Presidency revealed the dishonorable fact of the President’s betrayal of his oath of office, betrayal of our national security, and betrayal of the integrity of our elections. Therefore, today, I am announcing the House of Representatives is moving forward with an official impeachment inquiry.”

Now, after two months of investigations and public hearings led by Schiff, the ball is back to Nadler. Under the resolution that House Democrats passed on October 31, the Judiciary Committee is tasked with conducting proceedings and determining whether to draft articles of impeachment that House members will eventually vote on. Some Democrats, sources in the caucus say, are concerned that Wednesday’s hearing could devolve into yet another partisan fight, disrupting the even-keeled demeanor Schiff and his committee colleagues displayed through the weeks of their public hearings. “I hope he [Nadler] learned from Schiff,” said one senior Democratic aide associated with the moderate wing of the party. “There’s a lot for him to overcome.”

A democratic leadership aide, however, was adamant about Pelosi’s belief in Nadler, noting that the Speaker has complete confidence in him, while acknowledging that the committee as a whole is more partisan and unwieldy than the intelligence committee.

Rep. Jamie Raskn, a member of the Judiciary and Oversight committees who participated in the first phase of the inquiry, said members on the committee are “poised to be extremely disciplined and focused,” even in the face of anticipated Republican opposition. “The chairman is prepared to be fair but resolute in the conduct of the hearing,” he said.

Republicans on the committee, which include Trump’s staunchest defenders like Reps. Jim Jordan and Matt Gaetz, have indicated they will highlight Nadler’s absence from the investigation thus far during the hearings. “Pelosi clearly made the decision at the start of all this to take the ball out of Nadler’s hands. Now it’s in his hands and he’s still the same chairman,” said one Republican aide to a committee member. The aide also posited that Nadler also may be easier to agitate than Schiff. “Whenever Republicans tried to make a procedural motion Schiff shut it down out of hand,” the aide said. “I’m not sure Nadler will have the same spine.”

But Elliot Mincberg, former chief counsel for oversight and investigations of the House Judiciary Committee who has worked with Nadler, said he is confident the chairman will rise to the occasion. “Nadler is an extraordinarily intelligent, industrious and gifted member of Congress who I think is hopefully up to much of that challenge,” he said. 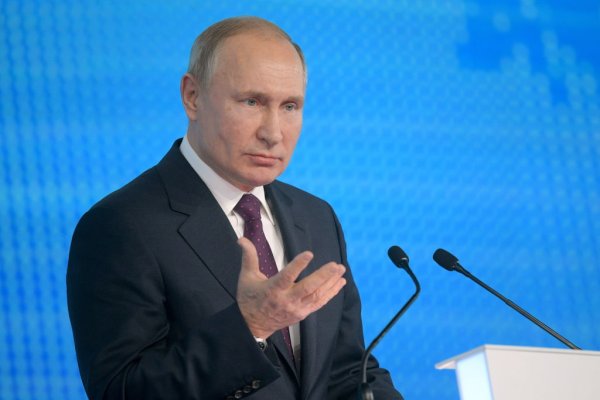