A Washington State Theater Was Evacuated After Receiving a Box Labeled 'Highly Contagious Human Substance.' It Turned Out to Be Urine.

Hazmat technicians arrive at North Bend Theatre after it received a package marked 'highly contagious human substance.' It turned out to be urine.
Eastside Fire & Rescue
By Sanya Mansoor

A movie theater in Washington state was evacuated Friday evening after receiving a box marked ‘highly contagious human substance.’ It turned out to be urine, according to the local fire department.

Personnel with Eastside Fire & Rescue described the caution with which the agency responded before learning what the package contained. Five hazmat technicians arrived at the theater in North Bend, Wash., the box had been “isolated” and a patient was being “treated as a precaution.”

The fire department learned soon after that the package contained urine and determined that the hazard call was “deemed safe.”

The package was intended to be dropped off at a medical clinic in Tacoma, Wash., Capt. Steve Johnson, spokesperson for Eastside Fire & Rescue, tells TIME.

“It was an unfortunate situation,” Johnson said. “But we took caution and used our best judgment and were able to mitigate the risk.” He added: “It went exactly the way we hoped it would go.”

“All is well” and “there was no danger,” North Bend Theatre announced on its website after the incident.

“The emergency vehicles you may have seen in front of the theatre on Friday, November 29, were there in response to our call regarding a mislabeled package that was leaking an unknown liquid,” the theater said in a statement.

Manager of North Bend Theatre, Skyler Possert, told TIME that he had initially opened the package and was taken to hospital as a precaution. Possert said that EMTs told staff that the labeling on the package indicated the package could contain “anything from a benign urine sample to highly infectious biowaste.”

Though the firefighter spokesperson said it would be fair to say there was a precautionary evacuation, Possert clarified in a statement emailed to TIME that “the theatre was not evacuated” but the “lobby was monitored by police while the situation outside was handled.” The package was left outside the building as a precautionary measure, he added.

“Moviegoers were asked to leave through the rear end of the building because the front was still taped off,” Possert said, noting that efficient handling by authorities allowed the theater to proceed with their later showtime.

Possert still doesn’t know how the package arrived at their doorstep. “The package had a myriad of shipping mishaps including separate conflicting shipping labels, and we are still working on finding out how it was delivered to us,” Possert said. 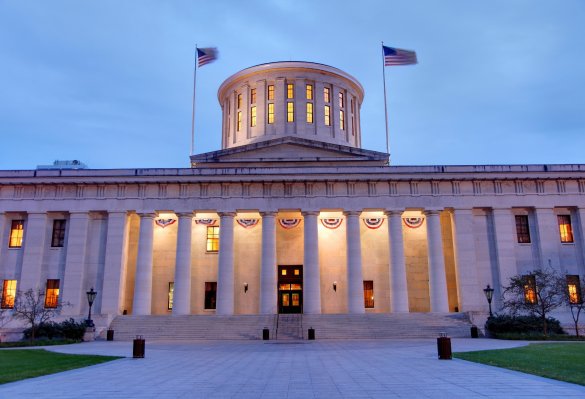