She lived through the Great Depression, the first and second World Wars, the civil rights movement and the arrival of the Internet. Mrs. Alelia Murphy, the oldest living person in America, has died at the age of 114.

“It is with great sadness that we share news of the passing of Mrs. Alelia Murphy,” 1199SEIU United Healthcare Workers — a healthcare workers union — shared on Facebook Wednesday. “Mrs. Murphy was the oldest living American, having celebrated her 114th birthday in July, surrounded by her family, friends, community leaders, and members of our AFRAM Caucus.”

“Our deepest condolences are with Mrs. Murphy’s daughter, 1199SEIU Montefiore retiree Rose Green, and with the rest of their family during this difficult time,” the statement continued.

Murphy was born to a family of 12 in North Carolina in 1905 and moved to Harlem, N.Y., in the 1920s during the Harlem renaissance, per PIX11. According to CNN, she worked as a seamstress for most of her life, had two children and was widowed in 1953.

When she turned 114 on July 6, officials in Harlem announced the day would now be known as “Alelia Murphy Appreciation Day.” State Sen. Brian Benjamin presented Murphy with a copy of the declaration, and said she was a “Harlem landmark,” per CNN.

The Gerontology Research Group (GRG) — a group of researchers who keep track of the oldest people in the world — had verified that Murphy was the oldest living American. The oldest person in the world, Kane Tanaka of Japan, was just two years and 185 days oldest than her, per CNN.

“Her strength — I don’t know where she gets it from but she has been through so many things, she is the glue that holds this family together,” one of Murphy’s granddaughters, Nefer Nekhet, told PIX11. “She [says], ‘I’m here because you all don’t know how to live, I’m here to teach you all how to live and things to do!’”

When PIX11 asked her what was the secret to living such a long life, Murphy had responded, “Trust in God and be a good person.”

Funeral services will take place on Dec. 6th at the United House of Prayer for All People in Harlem. A viewing will be held from 5 to 7 p.m. and a service will follow.

Hester Ford of North Carolina, born Aug. 15, 1905, is now the oldest living American, per the GRG. 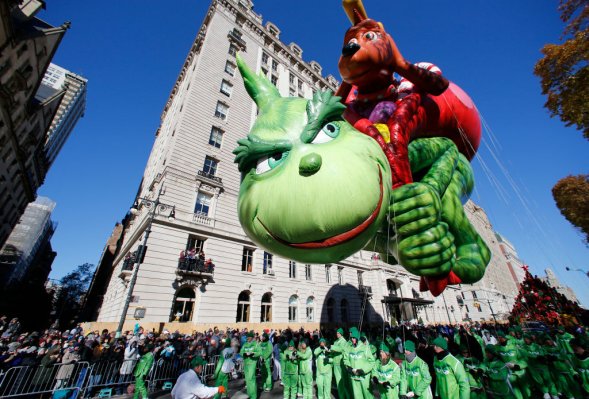