The weather has spoken: the balloons flew this Thanksgiving, though slightly lower than usual.

Over the last few days, officials had anxiously watched the wind conditions in New York City, concerned that it wouldn’t be safe to include the 16 giant helium balloons that traditionally fly in the Macy’s Thanksgiving Day Parade, as it snakes through 2.5 miles of Manhattan. According to regulations established in 1998, the city prohibits the giant balloons if sustained winds go above 23 miles per hour — or if gusts exceed 34 m.p.h. The National Weather Service had predicted winds could go as high as 26 m.p.h. with gusts up to 39 m.p.h. in Manhattan.

But on Thursday morning, the New York Police Department tweeted put the worries at rest, announcing the balloons will have their moment. Per NBC News, they flew at a slightly lower level than they usually do, as it’s still been a breezy day, with wind of 20 to 22 m.p.h., per the NWS.

The Macy’s Thanksgiving Day parade began at 9 a.m. ET, and aired live from New York City on your local CBS or NBC station. It can also streamed on CBS All Access.

The wind regulations were put in place after four people were injured by a Cat in the Hat balloon during a particularly windy Macy’s Thanksgiving Day Parade in 1997.

The parade mostly went off without a hitch, although the Ronald McDonald balloon, a regular in the parade for years, had his leg torn. NBC ended up showed past footage of the McDonald balloon instead. Some other balloons were tossed around the wind, causing starts and stops.

But fans still turned out to see the parade, now in its 93rd year.

“We love it. Because it’s exciting, it’s patriotic, and it just — it warms your heart,” Susan Koteen told the Associated Press.

Kate O’Connor told the AP the wind was “scary, especially around the corners — they’re like wind tunnels,” but it was still cool to see the balloons up close. She had brought her 8 year old daughter to see the parade.

Other parade goers weren’t as lucky. High winds grounded balloons in the Philadelphia Thanksgiving Day parade, according to the AP.

Winter storms have wrecked havoc on Thanksgiving plans across the U.S. Much of the Western United States has been hit with snow from powerful storm systems, and the South west has faced rain and even flash flooding. Strong wind conditions on the East coast are causing “severe turbulence” on fights, per the NWS. 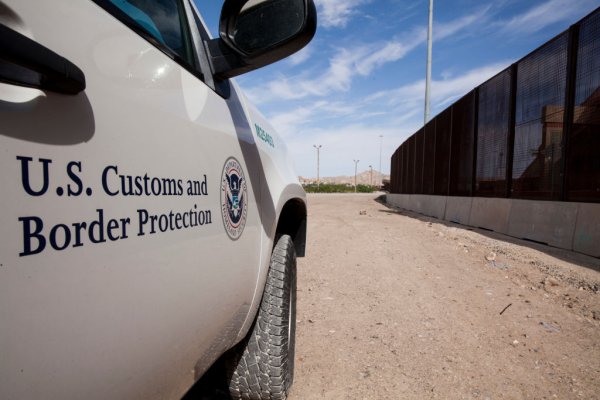 Additional 1,300 Migrant Children Might Have Been Separated From Parents
Next Up: Editor's Pick