I Led One of the Happiest Countries in the World. Here's What Other Democracies Could Learn From Our Model

Across the democratic world today, people have never been so wealthy, healthy and living in relative peace. Yet they are unhappy, and the orthodoxy that our children will have a better life than us is in question.

This unhappiness has become a trigger for unraveling the social contract that underpins our democratic states. It is making the West ungovernable as anxious voters resort to populism and isolationism. That’s why the West must tackle this epidemic of unhappiness, before it tears our democratic world apart.

Mainstream democratic forces are searching for a new narrative that acts as an antidote to the fearmongering of populists – and that must be the narrative of happiness and hope.

Ever since Bill Clinton’s team adopted the slogan “the economy, stupid,” the convention has been that a growing economy is the main ingredient to re-election. But today’s reality is different. From squeezed middle-class paychecks to the rust belts left behind by globalization, most people do not feel like the system works for them.

Fear has become a driver in our societies, as politicians remind people who already feel that their position in society is shaky that it can get even worse. Both elected officials and candidates invoke the fear of crime and terrorism, immigrants and minorities. In the UK election currently underway, the socialists are invoking fear that the conservatives will privatize the universal healthcare provider, the NHS, while the conservatives are setting out a dystopian vision of a Marxist, chaotic and paralyzed country under the socialists.

This does not need to be the case. I was proud to be Prime Minister of one of the world’s happiest countries. Denmark consistently ranks highly in the World Happiness Report, coming second only to Finland in 2019. While there is no magic formula, I believe there are three key elements across Scandinavia that could show the way: trust, public services and flexicurity.

In Denmark, our small country is built on trust, honesty and frankness where people know that government, media and businesses are not trying to deceive you. Transparency International’s Corruption Perceptions Index has scored Denmark as the least corrupt country in the world. As a marker of that trust-based society, every year we hold a festival called Folkemødet, the people’s democratic festival, where every citizen can meet and debate with their political leaders, media and leading businesses.

We are also a high-taxing country. During my time as Prime Minister I froze tax levels, and Denmark is engaged in an internal debate about how we maintain services as an aging population causes the share of wealth-earners to shrink. Yet no mainstream political party questions the taxpayer-paid provision of public services such as health care, eldercare and education. The debate in Denmark revolves around the level of tax funding, rather than the principle.

And we have a concept called flexicurity, creating flexible labor markets without the insecurities usually created by such flexible labor markets. That means that we focus on productivity, but we also ensure that there is sufficient time for vacations, family life, sports and hobbies. Flexicurity is made up of a golden triangle of labor-market flexibility combined with a strong social security safety net and active policies to help and encourage the unemployed back into work.

I believe that Scandinavia’s strength comes in its investment in social capital as much as we focus on growing our financial capital.

Denmark is certainly not perfect, but our focus on well-being produces happier voters. I believe a new paradigm of “governance for happiness” offers an optimistic vision during testing times. It is a concept that is also gaining ground in a number of countries: in the UAE the government has a happiness minister; Bhutan has a Gross National Happiness index, measuring its worth by citizens’ happiness alongside its economy; and New Zealand’s well-being budget focuses on tackling mental health, child poverty and family violence.

Happiness budgets similar to New Zealand’s should be considered by G7 leaders and finance ministers at their forthcoming meetings. It might seem inappropriate for a usually geopolitical body to discuss people’s well-being, but this topic has become central to the breakdown in our democracies that, in turn, is fragmenting the Western world. The G7 is the body charged with defending the democratic world’s interests due to its economic and political clout. But in these changing times, defending the rules-based democratic order also requires introspection over how protect the foundations of our democracies from being eaten from within by voter discontent.

The need for a policy shift is supported by a recent poll conducted by the Ukrainian philanthropist Victor Pinchuk for the Yalta European Strategies (YES) annual meeting in Ukraine, where this topic was discussed at length. Polling in 15 countries across 6 continents, it shows that people expect their government to put happiness at the heart of its policies — 57.6% of respondents said happiness and health are the most important factors in their lives, prioritizing them over things like income and career success, and 85.4% indicated that they expect government to be proactive about boosting its citizens’ happiness.

Happiness may seem like a conceptual nicety for most political leaders, but it is a change in narrative that leaders sneer at to their peril. Populism plays to people’s emotions in a highly successful way; it’s time for the mainstream to find an emotional way of reconnecting with people who just want to be happy. 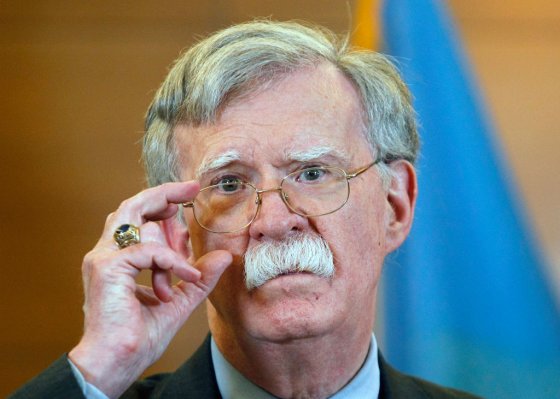 If John Bolton Keeps Refusing to Testify, Congress Should Arrest Him
Next Up: Editor's Pick