Here's What Stores Are Open and Closed on Thanksgiving 2019

For many Americans, Thanksgiving is a day to spend with family, friends and food (and sometimes football).

But what happens if your aunt forgets to bring her turkey baster, or you run out of dish soap, or the apple pie burns just as your guests are arriving? While dozens of major retailers traditionally opt to close their doors, many businesses stay open on Thanksgiving. That means you can pick up last-minute essentials, including the baster, soap and a store-bought pie. If you’re interested in exploring deals, you can also get an early start on your Black Friday shopping. Stores like Target, Bed Bath and Beyond and Kohl’s will start to offer their big sales on Thursday.

Here’s what what stores are open and closed on Thanksgiving 2019.

What stores are open on Thanksgiving?

Walmart: Most locations will have normal hours, but confirm with your local store.

Target: Stores will open at 5 p.m. (with some Black Friday deals starting early).

CVS: Pharmacy and store hours vary by location, but most CVS locations be open as normal.

Walgreens: Most Walgreens locations will have normal hours.

Giant: Most stores will be open until 5 p.m., but locations may vary.

Harris Teeter: The grocery store will be open until 2 p.m.

Kroger: Locations will open as normal and close at 4 p.m.

Safeway: Most Safeway stores will be open.

Starbucks: Starbucks stores will mostly be open with normal hours, so you can get your caffeine fix.

Dunkin’ Donuts: Many locations will be open, but check your local Dunkin’.

Dick’s Sporting Goods: Most stores will open at 6 p.m.

Five Below: Many Five Below locations will open at 6 p.m. on Thanksgiving.

Bed Bath and Beyond: Locations will open at 5 p.m. on Thursday evening.

Before you run out, note that these stores will be closed on Thanksgiving Day. 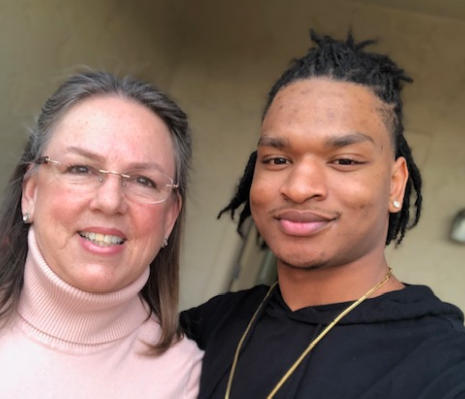 Remember That Guy Who Accidentally Got Invited to a Random Grandma's Thanksgiving in 2016? Here's How They're Still Celebrating the Holiday Together
Next Up: Editor's Pick