The classic Macy’s Thanksgiving Day Parade could be without its most recognizable attraction on the big day this year.

Strong winds may lead New York City officials to ground the 16 balloons scheduled to appear on the morning of the Nov. 28 parade. According to city regulations established in 1998, the balloons aren’t allowed in the air when sustained winds are present that blow over 23 mph and wind gusts exceed 34 mph.

The wind regulations in New York City came about after four people were injured by a Cat in the Hat balloon during the 1997 parade. The balloon was impacted by strong winds.

A final decision will likely be made on Thursday morning. The parade is scheduled to begin at 9 a.m. 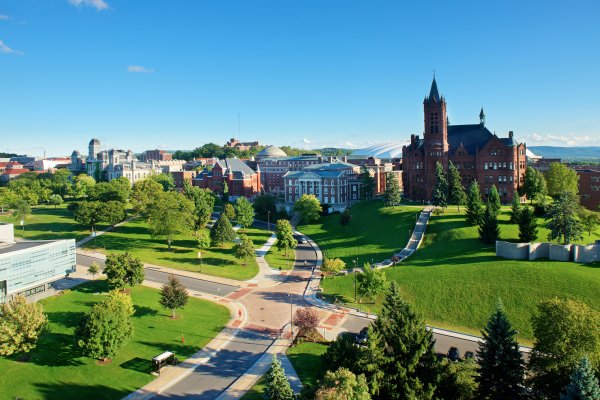 Students Protest a Series of Racist Incidents at Syracuse University. Here's What to Know
Next Up: Editor's Pick