Rescuers Scramble to Save 14,600 Sheep After Transport Ship Capsizes in the Black Sea

A picture taken on August 2, 2019 shows sheep in a field on the outskirts of Romanian village of Stoenesti.
Daniel Mihailescu – AFP/Getty Images
By Ciara Nugent

Rescue workers are rushing to save roughly 14,600 sheep after a cargo ship carrying the animals capsized Sunday in the Black Sea off the coast of Romania.

Emergency services from the coastal city of Constanta managed to rescue all 21 crew members, including 20 Syrians and one Lebanese national, soon after the Queen Hind, a vessel built in 1980 that was sailing under the flag of the island nation of Palau, began to sink around noon local time, Ana-Maria Stoica, a spokeswoman for the rescuers, told AFP.

At least 32 sheep were also rescued — some after they were found swimming near the ship — which was headed from the Romanian port of Midia to Saudi Arabia.

But the fate of most of the sheep remained uncertain as emergency services restarted their operation Monday morning after an overnight break.

Many of the sheep are believed to have drowned, with livestock experts pointing out that the animals’ thick fleeces can easily become waterlogged, making it difficult to swim.

Romania is the third-largest producer of sheep in the E.U., after the U.K. and Spain. Around 100 livestock transport vessels leave the Midia port each year.

The country’s exporting of live sheep has long drawn criticism from animal rights activists, who claim the often cramped, hot and unsafe transport conditions inflict unnecessary suffering on the animals. Some have labeled the transport vessels “death ships.”

In July, after the leak of footage showing sheep being transported in extreme summer heat, the European Commission’s Health and Food Safety chief wrote to Romania’s agriculture minister to urge the halt of planned transports of 70,000 sheep to the Gulf region.

Authorities do not yet know what caused the Queen Hind to capsize, the BBC reports. An investigation will begin after rescue and salvage efforts have finished. 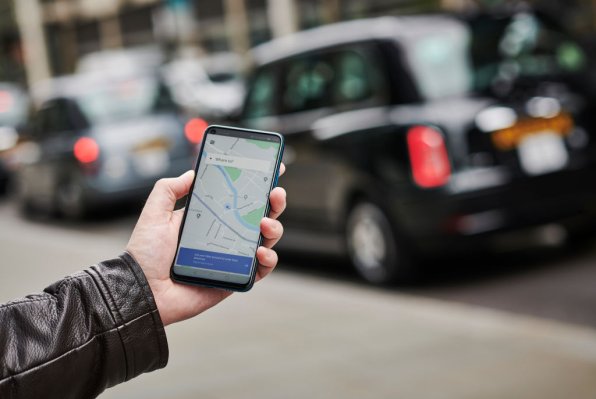 Here's How to Order a Car in London if Uber Ban Is Enacted
Next Up: Editor's Pick