When his father was dying last January, he and his mother grappled with the possibility of having to arrange long-term care for him. Because Medicare does not cover most long-term care costs, a social worker told Buttigieg’s mom that her best option might be to spend down her savings: if she got poor enough she’d qualify for Medicaid.

“While I heard about these kinds of stories in the past, I understood in a different way” after that experience, Buttigieg told TIME in a phone interview on Sunday.

On Monday, Buttigieg released a set of policy proposals designed to prevent other Americans from facing the same dilemma that his mother had. His plan is aimed at ensuring that older Americans have access to affordable long-term care and can maintain their economic independence after retirement.

The plan, entitled “Dignity and Security in Retirement,” calls for a new national long-term care benefit program, while strengthening the long-term care insurance market. It preserves private insurance coverage, which is similar to his proposed health care program, called Medicare for All Who Want It.

The signature idea in Buttigieg’s plan is a benefit program, dubbed Long-Term Care America, which would give eligible seniors $90 per day that they could put toward care costs such as hiring a home health aide or paying for a nursing home. This would be open to people 65 or older who need help with two or more daily activities of living, according to the plan.

Buttigieg’s plan also focuses on boosting the number of direct care workers, supporting unpaid family caregivers, promoting access to care in homes and communities, and extending Social Security. His plan would raise the minimum wage to $15 an hour—something he and other candidates have proposed in the past—and establish a National Direct Care Workforce Standards Board to help regulate the industry and set policies for issues such as compensation, training and recruitment.

“It’s so important that we support caregiving as a profession,” Buttigieg told TIME. “First and foremost, we are going to need more people in the field. Secondly it’s just morally unacceptable that so many people in such an important field are earning poverty wages. Third, there’s a big equity concern because so many caregivers are disproportionately likely to be women and to be workers of color.”

As the youngest candidate in the race, 37-year-old Buttigieg told TIME he feels a special responsibility to set up a system that will help people aging now and those who will be aging in the future. “So much of my campaign is about ensuring that we are strong for the long term of the country,” Buttigieg said. Creating workable safety nets for older Americans also helps people in Buttigieg’s age group now, who are often called upon to care for their parents after retirement.

Buttigieg is releasing his long-term care plan just as he is rocketing to the top of polls in Iowa and New Hampshire. His support is particularly strong among older voters. (He does not poll as well among younger voters as his rivals Senators Bernie Sanders and Elizabeth Warren do.)

As the U.S. population has aged in recent years, researchers have raised the alarm that the country is not prepared to provide the amount of care Baby Boomers will need. At least half of adults turning 65 today will need long-term care, and by 2026 the country will need 7.8 million new direct care workers.

The average cost of hiring a home health aide is more than $50,000 a year, according to the AARP, and nursing home care costs $100,000. Buttigieg’s says his benefit program would first cover catastrophic costs, allowing long-term care insurance to cover people who need less care. He also says he would broadly strengthen the private market.

The plan includes a number of provisions aimed at helping unpaid caregivers, who can experience significant economic, health and emotional consequences as they juggle caregiving with their own jobs and responsibilities. Buttigieg says he will pass an enhanced version of the FAMILY Act to give people 12 weeks of paid family and medical leave that they could use to care for a wide variety of relatives and chosen family members.

Buttigieg would create a Social Security credit for caregivers so they can earn credit as if they were making the average earnings of a full-time person working outside the home. Warren and Sanders have also proposed similar credits.

The ways in which Americans currently pay for long-term care often incentivize moving into nursing homes or other institutions, even though many older people and those with disabilities prefer to get care at home. Buttigieg would eliminate Medicaid’s institutional bias, mandate coverage for home and community-based care and raise asset and income limits for long-term services and supports through Medicaid so that more people can qualify for Medicaid to help with their care. The plan offers several proposals that aim to help non-elderly people with disabilities improve coverage for their long-term care.

When it comes to retirement security, Buttigieg says he would strengthen Social Security by subjecting individual income above $250,000 to additional Social Security taxes and by working with Congress to automatically adjust high earners’ Social Security taxes to help keep the program going. The proposal also includes a new minimum benefit of 125% of the federal poverty line for anyone who worked at least 30 years.

Based on Buttigieg’s proposals, the chief economist at Moody’s Analytics found that the Social Security system would be extended from 2035 until 2051, according to a letter provided by the campaign.

The plan would also create a public option 401(k) that workers could use to supplement their Social Security benefits. Workers could choose to contribute 1.5% of their pay, and employers would contribute 3%. This would also have a “Rainy Day Account” that participants could use before they retire with no penalty.

“I am determined to usher in a new era for older Americans, one that empowers them to age and retire with dignity,” Buttigieg wrote in the plan. “One that equips them and their families with a sense of security over their futures, allowing them to see it as a time filled with possibility.” 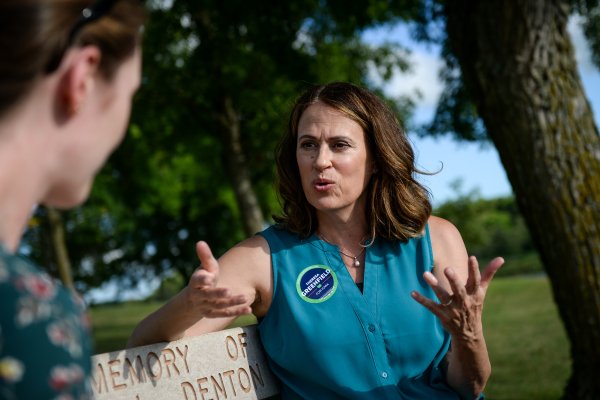