Amnesty International called Friday for its supporters to speak out on behalf of the residents of Lahore, where hazardous smog is putting thousands of lives at risk.

Pakistan’s second-largest city has not had a single day of healthy air this year, the rights group says.

It is the first time Amnesty International has issued an “urgent action” call on behalf of the entire population of a major city. The campaign tool is meant to mobilize supporters around the world amid imminent danger of human rights violations.

Lahore’s is often considered one of the world’s most polluted cities. This month, people have been forced to stay indoors as the air quality was classified as “hazardous” one of every two days by the U.S. Consulate in Lahore’s Air Quality Monitor Feed. Prolonged or heavy exposure to hazardous air can result in severe health issues including asthma, lung damage, bronchial infections, heart problems and shortened life expectancy, Amnesty says.

“The issue is so serious that we are calling on our members around the world to write to the Pakistani authorities to tell them to stop downplaying the crisis and take urgent action to protect people’s health and lives,” Mohydin said.

According to the government’s Punjab Clean Air Action Plan, Lahore experiences 10 to 25 days low visibility from November to February each year due to smog, haze, smoke and fog. The study acknowledges local sources of pollution, but attributes the recent worsening air quality to “the burning of rice stubbles in the Indian states of Punjab, Haryana and Uttar Pradesh.”

Other cities in South Asia have faced similar problems in recent weeks. Officials in Delhi declared a public health emergency earlier this month due the the smog shrouding India’s capital city. 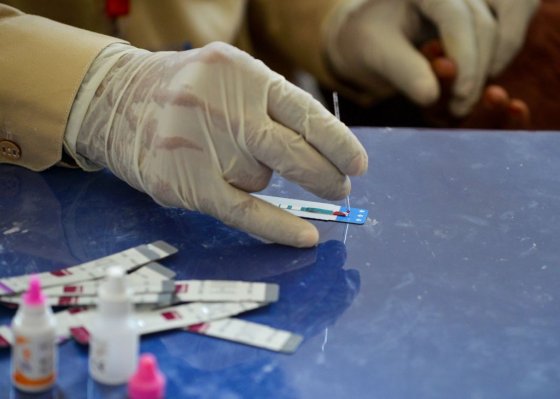 Nearly 500 Children Have Been Infected With HIV in a Single Pakistani City. Here's What to Know
Next Up: Editor's Pick