11 Super Bowl Questions You're Too Embarrassed to Ask

Your friends are dragging you to a Super Bowl party this weekend, but you don’t know what time the game starts or which teams are playing or who this Richard Sherman guy is. We’ve got you covered with all the basics for the big game this Sunday.

When and where is the Super Bowl?

Kickoff for Super Bowl XLVIII is at 6:30 p.m. EST on Sunday, Feb. 2 at MetLife Stadium in East Ruteherford, N.J.

New Jersey? Isn’t that going to be cold?

Very. This is the first outdoor Super Bowl ever to be held in a cold-weather city. Most Super Bowls take place in warm-weather climates like Florida or Texas, or in an indoor stadium. The Super Bowl host committee has even put a snowflake on their logo.

Luckily, Sunday will probably the warmest day in weeks in the New York/New Jersey area. Forecasts for East Rutherford on Sunday call for a high of 51 degrees and a low of 29.

How can I watch?

The game is airing on Fox. If you’ve cut the cord, you can still watch: FoxSports.com is live streaming the game on its website and on its iPhone and iPad app.

For those who enjoy comedy more than football, you may want to stick around for the lead-out programming. Fox has scheduled episodes of New Girl (with guest star Prince!) and recent Golden Globe winner Brooklyn Nine-Nine after the game.

The Denver Broncos and Seattle Seahawks. Both are the No. 1 teams in their conferences (the AFC and NFC, respectively). Denver has the best offense in the league and Seattle the best defense. This is Denver’s seventh Super Bowl appearance and Seattle’s second.

So Peyton Manning had a comeback this year? And what’s all this “Omaha” stuff about?

Commentators are going to talk a lot about Peyton Manning, the quarterback for the Denver Broncos, before, during and after the game. Manning is a four-time MVP who played for the Indianapolis Colts for 14 seasons. After a serious surgery, he was forced to miss the 2011 season, and he and the Colts parted ways. He signed with the Broncos in March 2012 and has brought them to the Super Bowl in his second year with the team .

Also, he yells “Omaha” before every snap. It’s kind of his thing. This year, local business owners in Omaha, Neb., are donating money to Manning’s charity, the Peyback Foundation, every time he utters the name of the city during the game.

What’s the deal with the quarterback who’s not Peyton Manning?

Seattle’s quarterback is Russell Wilson. He was drafted in 2012, and this is only his second year in the NFL. Wilson was a third-round draft choice because of his small stature (he’s 5′ 11″, small for a quarterback). Though he’s only 25 years old, he’s known for his maturity and poise. But we still have yet to see how he will handle the Super Bowl pressure because no matter how good Seattle’s defense is, he needs to perform to beat Peyton Manning.

If someone asks me who I think will win, which team should I choose?

The books in Vegas have Denver favored by a slim margin. Handicapping models show the Broncos edging the Seahawks by a single point. Though the game will be tight, Peyton Manning is always a good choice, so go with the Broncos.

Who is Richard Sherman and why are people so worked up about some interview he gave?

After the NFC championship, in which the Seahawks defeated the San Francisco 49ers, Sherman (cornerback for the Seahawks) gave the above interview. Apparently Michael Crabtree and Sherman had been trash-talking during the game, and a fired-up Sherman took the opportunity to rant on camera.

A lot of people were upset by Sherman’s interview and thought it displayed bad sportsmanship. Others (including Sherman) thought criticisms of the rant were just veiled racism (he was widely called a “thug”). Sherman—a known trash-talker—later apologized for his antics. The interview spurred two weeks of discussion and think pieces about Sherman, who was born in Compton, is a Stanford graduate and actually is arguably the best cornerback in the NFL.

Who’s performing at the halftime show?

Bruno Mars and the Red Hot Chili Peppers. Hopefully, there won’t be a stadium-wide blackout after the show this year.

Should I be looking out for any good or controversial commercials?

The Muppets will make an appearance during the commercials, and there will be a Full House reunion for Oikos Greek Yogurt. GoDaddy will even air its first attempt at a less sexist Super Bowl ad.

To prep for the commercial competition, check out TIME’s list of the best Super Bowl ads of all TIME.

How long is this game going to last?

If you need to figure out how much to budget for the babysitter on Sunday, expect the game (including the halftime show) to last about 4 hours. 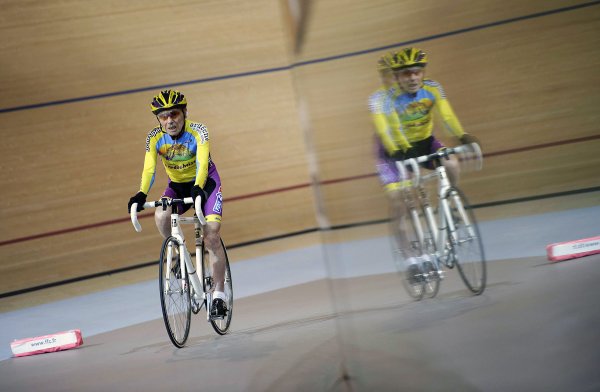