It should be the best of times for Stephen Schwarzman, At 72, he is chairman, chief executive and co-founder of The Blackstone Group, a giant investment firm that manages $554 billion in assets. He is one of America’s richest men, with a reported net worth of over $18 billion. He’s known the last five presidents, including the current one for 30 years. He is a noted philanthropist, with a particular emphasis on education, an area where he also has public policy prescriptions. (Exempt teachers from income tax and seed classrooms with volunteers to restore the U.S. to competitive math and reading levels globally.) And he recently published his first book, What It Takes: Lessons in the Pursuit of Excellence, and it’s a bestseller, with readers particularly charmed by Schwarzman’s recounting of his early days as an insecure, novice dealmaker on Wall Street. Yet public opinion has shifted and billionaires–even capitalism–are increasingly out of favor in America, a country that has long celebrated its richest citizens. Rising income inequality has given a boost to the campaign of Democratic presidential contender, Sen. Elizabeth Warren, who has proposed an “ultra-millionaire tax” and a billionaire tax that has caused growing unease on Wall Street as Warren remains solidly in second place in the Democratic polls. In a recent interview at his office high above Park Ave., Schwarzman said the problem was “income insufficiency” for some Americans, not income inequality and warned that proposals like Warren’s are potentially harmful to the broader economy. Overall, he sees more political and geopolitical risk than economic risk in the roaring stock market, although some recent events have given him pause. He says, “If you take a WeWork, where you have a company that has no prospect of making money for the foreseeable future, valued on some basis that retrospectively was nonsensical, except people actually put money up at these very high prices; and the concept of companies that will never become profitable being a good thing, when you hear things like this, you shake your head and say, “Did somebody actually say that?”

Your book What It Takes: Lessons in the Pursuit of Excellence has 13 pages of acknowledgments. But I was most struck that you included your therapist. How long have you been in therapy, and how has that helped you? My internist referred me to a therapist in 1990 when I was considering getting divorced, but I didn’t know anything about how you got divorced. I’m still seeing that individual. He is a terrific coach and observer of the scene and a brilliant tactician in terms of understanding small-group interactions.

Income inequality is one of the defining issues of the upcoming election. You’re the CEO of Blackstone—with an estimated net worth of more than $18 billion. Are you worried about a revolution or at least a wealth tax? There are a lot of people now who are starting to, with a very developed knowledge basis, respond to a lot of these issues. Steve [Rattner] wrote a very perceptive op-ed about why these proposals don’t work, or worse. They can destroy potentially some major aspects of the American economic system. On the other hand, the reason that you have populism increasing is because at least 25% of Americans are in a disadvantageous position economically, and I don’t refer to it as income inequality. I refer to it as—because there’s always been wealthy people in America—income insufficiency.

How did we get here? It doesn’t have anything to do with capitalism, per se. It has to do with the fact that the world changed. What’s happened is that we’ve stopped adequately preparing our population for the world that we’re living in, let alone the world of the future in the information age. This is a political problem. This is not a capitalism problem.

Given the record heights of the market, what do you worry about now? I think the biggest risks are political and geopolitical. They’re not economic. Those are the things I worry about.

Alan Greenspan famously tracked cardboard boxes as economic indicators. What do you monitor? We each have our own favorite things. In the non-statistical variety, I have a few signs of when you are at a top. One of them is when your not-so-gifted friends start getting very rich.

You’ve known the President for 30 years, and he selected you to head the now disbanded Strategic and Policy Forum. Do you think he’s doing a good job of leading the country? Everybody’s got their own view. Mine is not going to help the sum total of knowledge. I think that in the areas where I’ve been more active, which are economic, that I think we’re making actually good progress in the trade area with China.

You’ve recently been given a high honor by the President of Mexico for your work on the trade deal. Do you worry about walls and a less hospitable environment to global trade? The world generally is moving to more populism, more nationalism. Part of this has to do with the Internet and social media. If you talk to the people running governments around the world, they’ll tell you it’s increasingly hard to run a liberal democracy. There’s almost no issue today where very small groups of people aren’t basically attacking the majority. And defeating what a majority wants to get their own way.

Do you think that’s happening in this country now? Of course it is. 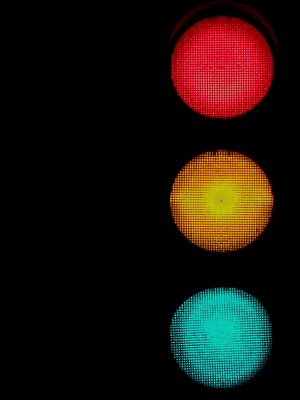 Why You Can’t Resist Running Yellow Lights
Next Up: Editor's Pick