The area near The Fabulous Las Vegas Sign has become the memorial for the victims after the mass shooting in Las Vegas, Nevada, that initially took 58 lives, October 28, 2017.
Yichuan Cao—NurPhoto/Getty Images
By Mahita Gajanan

A woman who was injured in the mass shooting at a country music festival in Las Vegas that killed 58 and wounded more than 500 has died a little more than two years after the deadliest shooting in modern United States history.

Kimberly Gervais, 57, was convalescing at a nursing facility in Redlands, Calif. after suffering spinal injuries in the 2017 shooting, according to a coroner statement from the San Bernardino Sheriff’s Department.

Gervais was taken to the Redlands Community Hospital on Nov. 15, where she was declared dead. An autopsy is planned to find the cause and manner of Gervais’s death.

“She hurt. Even though she was paralyzed … she could feel all the pain,” Sarvela said. “She lost her zest for life because of it, because of the shooting, because of the injuries that she sustained. It was hard to be that same person, that we all know and love.”

The 2017 shooting at the Route 91 Harvest music festival in Las Vegas became the deadliest mass shooting in modern U.S. history after gunman Stephen Paddock opened fire from across the street at a hotel room on the 32nd floor at the Mandalay Bay Resort and Casino. A SWAT team found Paddock dead in the hotel room.

Doctors told Gervais she was a quadriplegic after she was shot in the back, the New York Times reported in 2017. Gervais attended the music festival with two friends, one of whom died in the shooting, according to the Times. After the shooting, Gervais was treated at Loma Linda University Health in California. 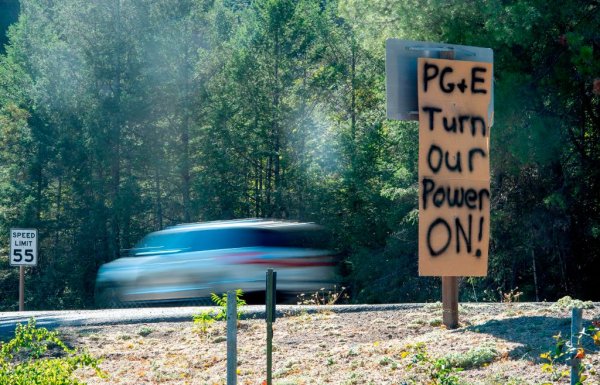 PG&E to Cut Power to 303,000 Customers in California
Next Up: Editor's Pick