To make sure people were paying attention to the first public hearings in the House Democrats’ impeachment inquiry, Saturday Night Live’s most recent cold open gave them the soap opera treatment, with romance, corny music and not-so-shocking “bombshell” revelations.

On Wednesday, after two months of investigations that have mostly unfolded behind closed doors, career diplomats William Taylor and George Kent testified about the President’s ties to a months-long campaign to pressure Ukraine to investigate his political opponent. Former U.S. ambassador to Ukraine Marie Yovanovitch, who was removed from her position by Trump earlier this year, testified on Friday. The testimonies raised concerns about the president’s actions in Ukraine.

Some news outlets, including NBC News, claimed that the proceedings lacked “pizzazz,” much to the chagrin of social media. So SNL took up the task and injected some daytime drama into the political machinations.

“I don’t just kiss and tell. I kiss and tell and I take notes,” said Jon Hamm’s portrayal William Taylor, who dropped what he called a “bombshell revelation” that “there was a second phone call.”

“You knew about the first one but no one expected two,” he said.

When Yovanovitch, played by Cecily Strong, says she was at the hearings because of smear campaign by Trump and that left her “publicly humiliated and without a job,” GOP Rep. Jim Jordan, played by cast member Mikey Day, responds, “Enough, this witness is clearly here because she loves attention.” Yovanovitch responds, sarcastically affirming her love for “the glamor and the spotlight,” saying that’s why she spent her career in Ukraine and Somalia.

Alexandria Ocasio Cortez, played by Melissa Villaseñor and depicted as a “telenovela sensation,” also shows up at the hearing, sparking a romance between her and Hamm’s Taylor. 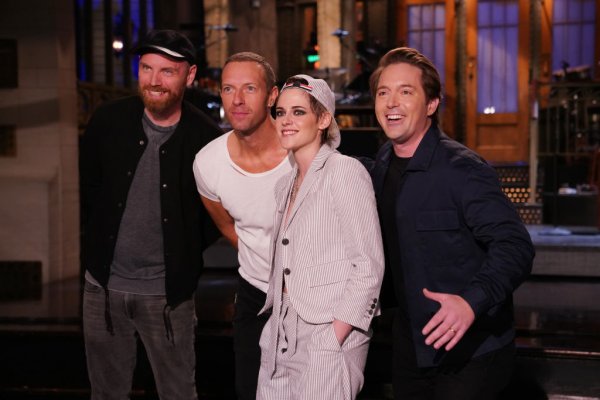