John Oliver Says If You Want to Irritate Donald Trump, Fill Out the 2020 Census

For the final episode of Last Week Tonight of the year, John Oliver turns his attention to the census. “[It’s] the only reason to open the door for a stranger, unless he tells you he has candy in his van,“ Oliver says, asking: “What if he has fudge?”

The concept of the census is simple — a comprehensive count of every single person living in the United States, to plan for things like roads, schools, and emergency services. However, counting every single person is even harder than it might seem, which is why typically the government opens 250 regional offices and hires millions of temporary workers in order to reach out to 140 million households.

Adding to the difficulty is that, according to Oliver, nobody likes filling out surveys — and when the government asks questions, people get suspicious. Census data helps determine Congressional representation and used as a basis to distribute federal funds and businesses use census data to decide where to open new branches. The census was considered so critical to the founding fathers that it’s the sixth sentence in the U.S. Constitution.

“Freedom of speech didn’t even make it in there at all,” Oliver notes. “They had to tack that on with the 18th century equivalent of a Post-It Note.”

Despite that important function, Congress has reportedly underfunded the census and, according to Oliver, the 2020 census is shaping up to be more complicated than usual due to budget shortfalls and active Republican meddling, including attempting to add a citizenship question that alienated many people. While the question of citizenship will not be on the census, per Oliver, the damage may already be done and experts worry that an undercount is inevitable. So Oliver decided to help spread the word that filling out the census is a good way to help your community and yourself.

If that isn’t enough to get people interested in filling out the census survey, Oliver has one more idea sure to appeal to his audience: Filling out the census would probably really irritate Donald Trump. “This administration clearly thinks that some people don’t count,” Oliver says. “So there’s no better way to get back at [Trump] than to make sure that you do and make sure the census counts you.” 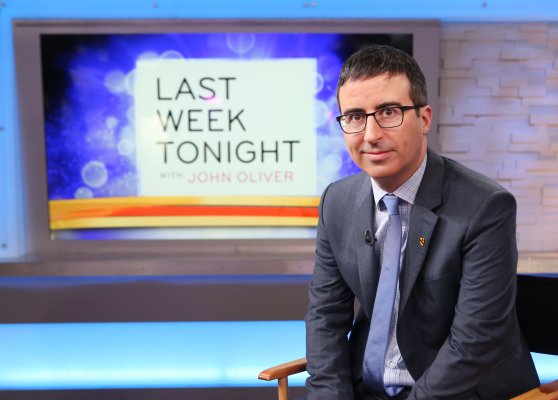 John Oliver Picks a New Fight With Coal Boss He Called 'a Geriatric Dr. Evil' on Last Week Tonight
Next Up: Editor's Pick