Costa Rica President Carlos Alvarado Quesada said there must to be more “heart” in discussions of fighting climate change. For him, it’s about fighting for a better world for his son.

“He’s only six years old. He’s going to live in that world that might be very tough,” Alvarado told TIME’s Justin Worland at the inaugural TIME 100 Next event on Thursday.

Alvarado is part of TIME 100 Next list, which recognizes individuals who are emerging as leaders their fields, including politics, entertainment and the arts.

As leaders around the world grapple with how to best address climate change, Alvarado has positioned his country at the head of the effort to curb emissions and prepare for a warmer climate without stifling economic development. Earlier this year, Alvarado’s government declared its intention to “decarbonize” Costa Rica with plans that include investing in infrastructure, modernizing transportation and increasing the size of the country’s forests.

On Thursday, he said one driving force for his ambitious reforms on climate change are thoughts about his legacy—both the legacy he’s taken up from his grandparents, and the legacy he’s leaving his young son.

“We’re going to promote change now so I can look at [my son] in the eye and say, I did the best,” he said. “And actually I managed to not make this a problem for your future. So that’s the inspiration. It’s the one I love. It’s my kid.” 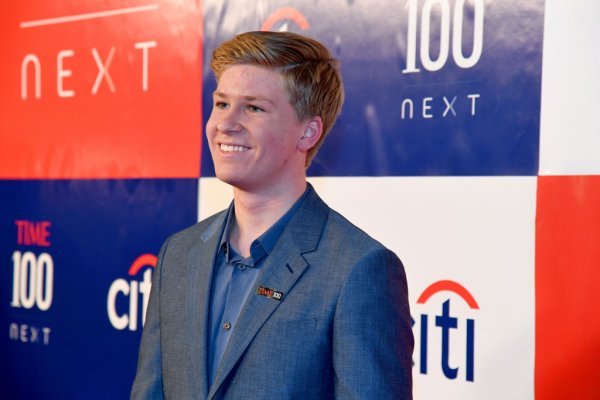 'He Was Definitely Ahead of His Time.' Robert Irwin Speaks About Climate Change And His Father's Legacy
Next Up: Editor's Pick