'Many, Many, Many' People Are Reportedly Pushing Hillary Clinton to Enter 2020 Presidential Race

Former U.S. Secretary of State Hillary Clinton has said “many, many, many people” are urging her to consider running for president in 2020, though she again noted that she has no plans to kick off a campaign.

“I, as I say, never, never, never say never, and I will certainly tell you I’m under enormous pressure from many, many, many people to think about it,” Clinton told BBC Radio 5 Live when asked whether she had ruled out running again. “But as of this moment, sitting here in this studio talking to you, that is absolutely not in my plans.”

Clinton announced that she was not running for president in March. She did not say who exactly has been pressuring her to reconsider.

Clinton was speaking with the BBC as part of a joint interview with her daughter, Chelsea Clinton, to promote their new book The Book of Gutsy Women: Favorite Stories of Courage and Resilience. Both women spoke out against Clinton’s former political opponent, President Donald Trump.

“I want to retire him. I want to see him retired,” Clinton said. She added that the thought of the presidency had not been far from her mind since her election loss in 2016. “I think all the time about what kind of president I would have been and what I would have done differently.”

Clinton also used her time in the United Kingdom to call out the British government for its failure to publish a report on alleged Russian meddling in U.K. politics ahead of the general election in December. “I find it inexplicable that your government will not release a government report about Russian influence,” Clinton told the BBC. “Inexplicable and shameful.” 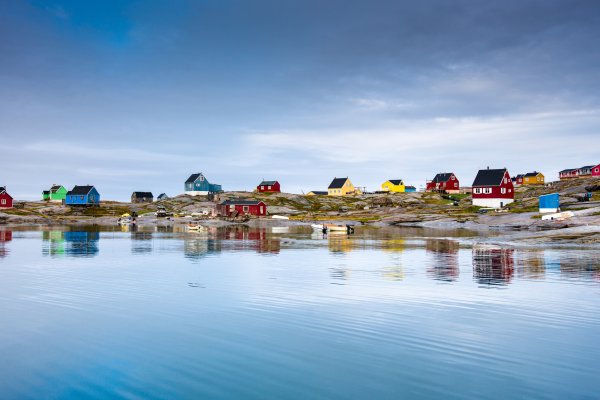