U.S. Rep. Tim Ryan, who spoke at the Democratic Presidential Committee summer meeting in August, dropped out of the race in October.
Justin Sullivan—Getty Images
By Philip Elliott

In an interview with TIME, Ryan cited as reasons for his endorsement Biden’s ability to connect with blue-collar voters and to lure industrial midwestern states, like Ohio, back into the Democratic fold. Ryan, who represents a district that includes Youngstown, added that he believes Biden can rally other parts of the Democratic coalition, specifically African-American voters who voted for Barack Obama in 2012 but stayed home in 2016.

“I kept circling back as I’ve looked through all the candidates and they’re all very impressive in their own regard,” he said, before referencing his home county in northeast Ohio. “But in my mind who is the best person to win Trumbull County?” In 2016, Trumbull County voted for a Republican—Donald Trump—for the first time since Richard Nixon’s 1972 re-election and is seen as a stand-in for the so-called Blue Wall, a string of midwestern states that once reliably voted Democratic.

As is the case with most Democrats these days, ideology takes a backseat to defeating Donald Trump next year with Ryan, a mild-mannered pragmatist who has argued loudly against the leftward lurch among Democrats. “People are saying, ‘Let’s have a revolution,’” Ryan says, referring to Sens. Bernie Sanders and Elizabeth Warren, both darlings of the far left who have called for sweeping systemic changes to health care, education and tax policy. “I’m saying, look, the revolution is beating Donald Trump. That’s the revolution.”

Ryan, in his ninth term in the House, launched his presidential campaign in April on the grounds that the Democratic Party needed to win back the “forgotten men and women” who cast a vote for Trump in 2016. On his first trip to Iowa as a declared candidate, he warned a crowd that “it will be a long slog.”

But in the following months, Ryan failed to register in the polls, qualify for debates or raise enough cash. During the reporting periods between April 1 to September 30, he raised just $1.3 million — less than some candidates have raised in a day. Ryan formally ended the campaign on Oct. 24.

Ryan’s campaign utility, though, may be his ability to augment Biden’s message of middle-class values and bones-deep Catholicism. Most Democratic strategists agree that winning the White House in 2020 means boosting turnout in the cities and luring back the middle-class Trump midwesterners who voted for Trump four years ago. On the latter, Ryan may be able to help. 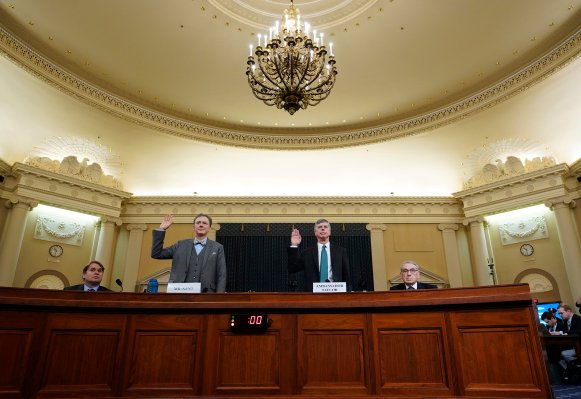 'Irregular Efforts'
Next Up: Editor's Pick