'The Mind Is Our Most Powerful Muscle.' Inside the Sicilian 'Self-Defense' Class Trying to Tackle Intolerance

When Aurora Lo Porto noticed an alarming escalation of racist attitudes on social media in Italy during the past two years, she felt the impulse to act. The medical student had noticed that in her once-welcoming hometown of Catania, Sicily, neighbors and acquaintances had started speaking about immigrants only through harmful stereotypes and unverified data.

In the past five years, about 500,000 migrants escaping war and poverty have landed in Sicily. The island’s residents have become increasingly troubled by the situation, sparking a rise in votes for populist parties in the latest elections. So about two months ago, Lo Porto, 26, decided to launch a monthly self-defense class.

But punching bags and kickboxing instructors have been replaced by piles of books and comfortable chairs; instead of meeting in a local gym, she chose one of Italy’s smallest bookstores. The kind of self-defense practiced in this cozy, single-room shop is a type of civil resistance against xenophobia, through collective reasoning and dialogue.

“The idea came from the forgotten notion that the mind is our most powerful muscle, and that books are the instruments to keep it fit,” says Lo Porto, co-founder of Italy’s first “self-defense reading group.”

Launched in September as a collaboration between Legatoria Prampolini, a local bookstore and cultural hub, and the humanitarian non-profit Emergency, which assists with organizing the group, the project aims to equip participants with critical thinking skills to actively respond to the atmosphere of intolerance spreading across Italy.

Since a populist government came to power in early 2018, immigrants and other marginalized communities have been targeted by far-right rhetoric and legal measures, championed by former Ministry of Interior Matteo Salvini. A new immigration law that went into force last December stripped many asylum-seekers of their humanitarian protection rights, while Roma camps have faced more frequent evictions.

Although Salvini, who leads Italy’s popular far-right League, was ousted from power in September, the situation remains troubling. On Nov. 6, an anti-fascist bookstore was set on fire in Rome, and an Italian Auschwitz survivor honored as a senator for life had to be given police protection after she proposed an anti-racism committee and faced an onslaught of anti-Semitic death threats.

“The root cause of this historical moment is ignorance, and books represent the only way out,” Lo Porto says. “Reading promotes patience, freedom of thought and non-violent reasoning.” The topics tackled at every class range from conflict and migration to human rights and anti-hate speech. Each month, Lo Porto, who acts as the group’s moderator, picks a new book that participants are expected to read in advance and then discuss together.

At a recent session in late October, participants discussed the autobiographical novel Green Parrots by Italian surgeon and activist Gino Strada, which examines the issue of civilian casualties in 20th century war-torn countries. Some 18 people gathered in a circle as Francesca Tudisco shared a poem by Emily Dickinson. “If I can stop one heart from breaking, I shall not live in vain,” she read. For her, a chapter of the book reminded her the importance of empathy and kindness in times of darkness.

Members of the group, which is called “I Read as Legitimate Defense,” represent a wide variety of ages, backgrounds and personal motivations. Tudisco, a 66-year-old retired flight-attendant, grew up with her parents’ stories of Italy under fascism during the Second World War. She is afraid the current political climate is going back in a similar direction. “I wanted to feel useful and help younger generations realize the impact of today’s actions by sharing my memories of the past,” Tudisco explains.

Tudisco then asked if they felt that the novel gave them useful tools to understand the current siege on hospitals in Syria; a lively discussion ensured. As Lo Porto brought the meeting to a close, she mentioned the topic for the next session: the Sicilian fishermen saving migrants’ lives at sea, some of whom last August broke the closed-ports policy enforced by Salvini. Attendees left talking enthusiastically about the next meeting.

Project co-founder Maria Carmela Sciacca, owner of the shop, says now more than ever there’s a need for libraries and bookstores to become safe spaces in cities to tackle social concerns. “We see lots of hate around us and feel powerless when trying to fight it. But micro-communities help us realize we’re not alone when struggling for change,” Sciacca says, her eyes sparkling with determination.

The group welcomes first-time visitors and hopes to grow its audience in the next few months. Although the majority of participants are Italian citizens, who remain the main target, more migrants have expressed interest in joining to add their experience to the debate.

Mercy David, a 20 year-old sales assistant at Legatoria Prampolini and refugee from Nigeria, is moved by the growing number of people making efforts to dig deeper. “It is so heartwarming to see many gathering here at night after work, because they want to see change, and make it happen themselves,” the girl says.

David fled Nigeria after Boko Haram militants kidnapped three fellow classmates in 2016. After a nine-week journey, including crossing the Sahara Desert, she landed in Sicily at the age of 16. By day, she works part-time at the bookshop, and attends evening classes to graduate with an Italian high school diploma.

Inspired by her new daily environment, she hopes to write a book about her journey across the sea. Next summer, the group will organize its first large-scale public reading in the city’s main square. There, David looks forward to reading excerpts from her first draft. 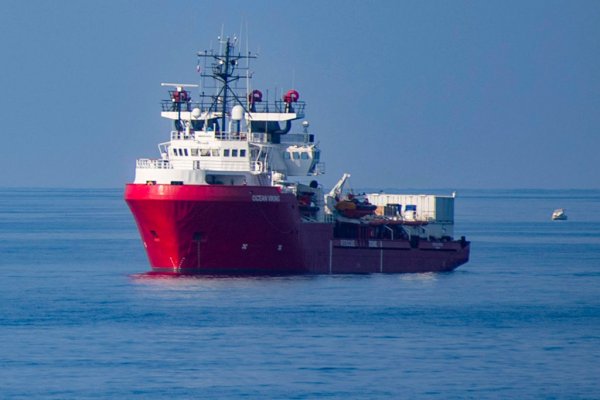 The Far Right Lost Power in Italy Two Months Ago. So Why Are Migrant Rescue Boats Still Being Refused Entry?
Next Up: Editor's Pick